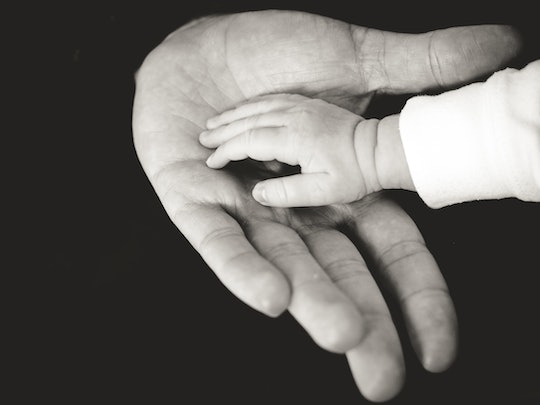 How Many Children Die In Cars In Winter Compared To Summer? It's A Year-Round Concern

Each summer, as temperatures tick upwards and normal childcare routines are often disturbed, seemingly relentless reports of young kids dying in parked, hot cars take over many parents' consciousnesses. Whether these caregivers opt to take the necessary, lifesaving precautions to prevent this from happening to their families or scoff at the idea that they would ever forget their kids in the backseat of a vehicle, most believe that that threat of that disaster manifesting subsides along with the falling of the autumn leaves. And although it's true that the calamitous effects of leaving a kid in the car are statistically more pronounced in the warmer months, the fact that fewer children die in cars during winter compared to summer does not mean that the worry should wane completely, because it does happen year-round.

According to NoHeatStroke.org, 700 kids have died in stationary cars from 1998 through the end of October 2016. That's a devastating number of children losing their lives in avoidable tragedies (most caregivers don't realize they've forgotten to drop their children off at daycare, for example, until it's too late), and the number of lurid instances that make headlines each year is somehow climbing, rather than receding, even as each new case ostensibly increases awareness about this issue.

That's really true only in the spring and summer, though, because the issue simply doesn't get the attention that it does during the months of high sunshine as the when the snow starts coming down. That makes sense, to an extent, because the deaths are concentrated in April through September. In 2015, for example, there was a total 24 instances resulting in kids dying in cars. There was one each in April and May, six in June, three in July, and eight in August, followed by five in September, according to statistics compiled by NoHeatStroke.org. But there are noted instances of a child dying during each calendar month. It's happened most in July since 1998, with around nine occurrences during that month on average. The most that ever happened in November were three in 2006; It happened one time each in December 2009 and 2012.

The only recorded instance of a kid-left-in-the-car death in January was in 2016, when a Georgia grandmother purposely left her baby grandson in her vehicle for more than five hours while she visited with friends. The 13-month-old ultimately died of hypothermia in the car, which had been left in direct sunlight with the heat cranked up against the outside temperature of 53 degrees.

This is beyond awful, but the good news is that — for the vast majority of caregivers who want to keep children safe — the suggestions for preventing this from happening don't vary by season. It's essential to make a habit of looking in the backseat before exiting the car, no matter what, arranging for a childcare provider to call if the kid is a no-show, and to leave something important like a cellphone, purse, or briefcase in the back when the child is present.

These will help to ensure that kids aren't subject to heatstroke in the summer or prolonged exposure to freezing temperatures in the winter — or any stuck-in-the-car outcome in between, because kids should never be left unattended in parked vehicles.

More Like This
14 Children & 1 Teacher Killed In Mass Shooting At Texas Elementary School
Two Young Children Have Been Hospitalized Because Their Formula Is Out Of Stock
The Best Family-Friendly Movies To Get You In The Mood For Summer
What Is Monkeypox & Should You Be Worried? Here’s What You Need To Know