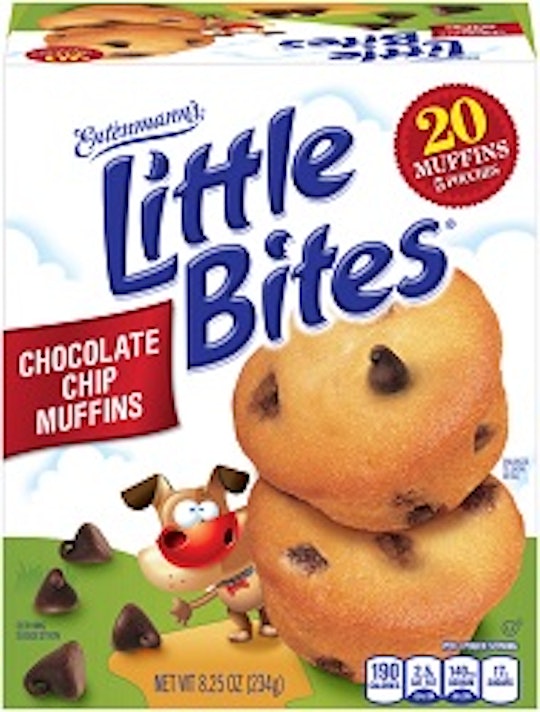 How Many Entenmann’s Mini Muffins Have Been Affected By The Recall? Just Two Varieties

Time to check those back-to-school snacks. Bimbo Bakeries has initiated a voluntary recall of Entenmann’s Little Bites due to a plastic contamination that could cause a choking or cutting hazard, according to CNN. The cause could not be immediately identified, but the affected batches were traced back to a contract manufacturer's bakery in Illinois. Luckily, there weren't too many mini muffins involved in the recall; it seems that just two varieties were affected.

Fudge Brownies and Chocolate Chip Muffins bearing a "Best by" date of Oct. 8, and Variety Packs (which contain the former two flavors) bearing a date of Sept. 24 have been recalled. All bear the code 3098 next to the "Best by" date. The products in question were distributed to retailers in several states throughout the East Coast, the South, and the Midwest in the last two weeks. Further details can be found in the official recall notice on the Food and Drug Administration's website. The company recalled the product after receiving multiple reports of consumers finding bits of plastic in the muffins. One injury was also reported. The issue was attributed to "manufacturing failure," and no other Entenmann’s products are affected, so go ahead and finish that donut you just spit out.

Bimbo Bakeries USA is part of part of Grupo Bimbo, a Mexican-based company that's grown to become the world’s largest baking company, operating in over 20 countries. U.S. operations began in the mid-1990s, and the company acquired the Entenmann’s, Thomas’, and Boboli brands in 2002. They now operate more than 60 bakeries, and are the sole U.S. commercial bakery manufacturer to serve all 50 states. The history of the company's name can be traced back to 1943, and is thought to be a portmanteau of "bingo" and "Bambi."

Anyone who has purchased the affected products is encouraged to return it to the store for a full refund. Questions can be directed to Bimbo Bakeries USA at 1-800-984-0989. The hotlines is available 24 hours a day. Of note: although fresh and frozen produce recalls due to listeria contamination have plagued the spring and summer of 2016, this is Entenmann's first recall in over five years, proving that vegetables are a menace to society and a true public health crisis, and we should all just eat pastries instead, because they're much safer. I'm kidding, but seriously, I'd rather eat a Little Bites blueberry muffin than an actual blueberry any day of the week.