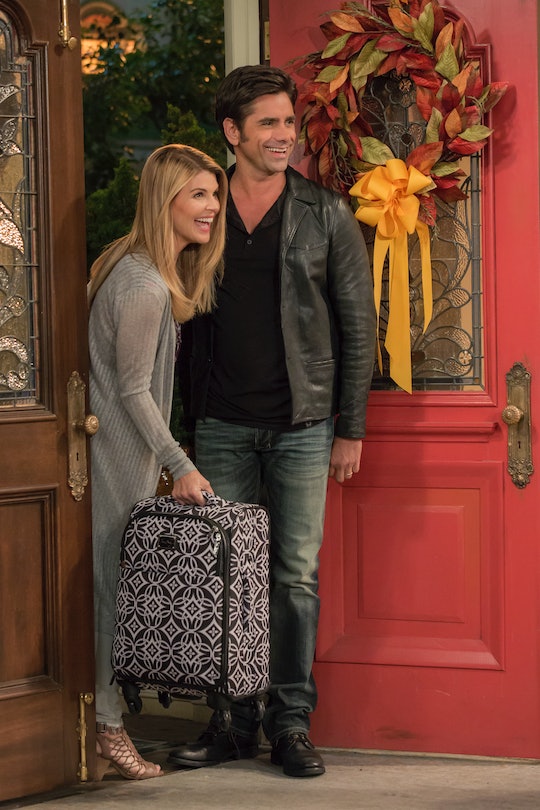 Uncle Jesse Is Heading Back To 'Fuller House' Season 3

In a prestige drama landscape averaging 1.5 years between seasons, it seems unthinkable that Fuller House is debuting its third season in nineteen months this September. But when Netflix finds a hit sitcom, it really doesn't waste any time. On Sept. 22, the first nine episodes of Season 3 drop, with another nine coming later. But which beloved characters are making a comeback and for how long? I know a certain uncle with good hair will be popping up eventually, but how many episodes is John Stamos in on Fuller House Season 3?

As of now, viewers don't have a ton of details on the new season just yet. However, I do know that, per usual, Candace Cameron Bure, Jodie Sweetin, and Andrea Barber will star as the show's core mom (and mom-adjacent) trio, but veterans Stamos, Lori Loughlin, Bob Saget, and Dave Coulier are all slated to make recurring guest appearances throughout the season. No word yet on how many episodes Stamos will appear in, as I don't yet know when the second half of the season will drop. Fans don't even have a Season 3 trailer yet, which is especially outrageous considering The Magic School Bus reboot trailer just dropped and it's not even premiering until the week after Fuller House.

The Fuller House Season 3 release date has a special significance to the series — Sept. 22 just so happens to be the 30-year (woof) anniversary of when Full House first premiered on ABC back in 1987. And Stamos has already teased one of the reboot's high-profile directors via Instagram: Nickelodeon alum Drake Bell, of Drake and Josh fame. (His brother Josh Peck also co-starred with Stamos on his short-lived FOX sit-com Grandfathered.) The Fuller House reboot has actually been one of Stamos' steadier gigs. He also had a recurring role on the second season of Ryan Murphy's Scream Queens, which got axed earlier this year.

Another hint about Season 3 that I can extrapolate from Stamos' Instagram is that Uncle Jesse and Aunt Becky's storyline will focus on the newest addition to their family. In Season 2, we learned that Becky has been yearning to adopt a third child, now that the twins are at Surf College (or wherever), and in the finale, we met their baby daughter Pamela (named after Danny Tanner's late wife!). Stamos posted a video of himself from the set with the adorable little girl who plays Pam testing out Snapchat filters together. So we know she'll be in the mix this season. Apart from that, the only other Uncle Jesse plot point we're guaranteed is lots of Becky-smooching.