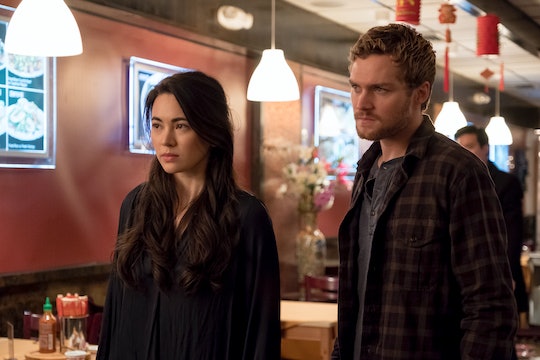 After getting not so great reviews after the premiere of Iron Fist’s first season, it was unclear whether or not the superhero series would even return for a second season. When Season 2 was announced, however, fans had another important question on their minds — how many episodes is Season 2 of Iron Fist? Unfortunately, it was downgraded a bit from the supersized 13 episode Season 1 that the show was given. OK, so 13 might not sound like a lot, but by today’s TV standards, that’s a decently sized season, especially for a new show on Netflix. Instead of getting a 13 episode order, though, Iron Fist Season 2 has 10 episodes. But that’s still better than nothing, and it should give Danny Rand enough time to continue proving himself as one of Marvel’s newest TV superheroes.

In July, the official Instagram for Iron Fist posted an album of 10 different photos, each one with a different title of a Season 2 episode. This was the first clue that Season 2 would have 10 episodes instead of 13. Then, Netflix confirmed as much to CBR.com. But it’s not uncommon for Netflix shows to have shorter seasons from time to time. Stranger Things, for example, was given an eight episode order for its first season and then Season 2 had nine episodes. So while that’s not a downgrade, it does prove that there’s really no real rhyme or reason to the amount of episodes Netflix shows are given, Iron Fist included.

After Iron Fist Season 1 premiered in March 2017, critics weren't too kind. The consensus was that the show had dropped the ball and that left some fans wondering if there would even be a Season 2 at all. A USA Today review of Iron Fist pointed out the problem with the show’s pacing. In the review, it said, "You'll be yawning at Iron Fist after binge-watching two hours" because of some of the slower moving storylines. Hopefully Season 2’s 10 episodes can be a good thing for the series in terms of telling a story in a more strongly developed way.

Finn Jones, who plays the title character of Danny Rand/the Iron Fist, told Newsweek that he went into filming Iron Fist Season 2 with total optimism, despite some critics’ reviews of the show’s first season. "Everything that happened in the past wasn’t on my mind at all," Jones said. "It's not the frequency I exist on and it's not helpful." He also said that everyone else who helped make Season 2 returned with similar attitudes. "People who were brought on this season, everyone came into this season with a really positive, passionate and can do attitude and that mirrored the same attitude I had," he added. "I'm really proud because we’ve come back in a way that's classy and passionate."

At Comic-Con this summer, Iron Fist showrunner Raven Metzner told TVLine that Season 2 will branch off from the events of Season 1 and he hinted at bigger and more exciting storylines as well. "I think of Season 2 as an evolution," he said at the time. "There’s a lot of good that’s come from Season 1, and you’re looking at a bunch of it right here. You’re gonna see a lot of evolution in [character] relationships and a lot of amazing action. Also, the show has sort of moved into the streets of New York, [so] the city’s a big character as well."

While I’m sure that most fans would prefer another 13 episode — or longer — season, at least there will be a second season at all, and 10 episodes should be enough to keep things exciting and fast-paced. Iron Fist Season 2 premieres in its entirety on Netflix On September 7.