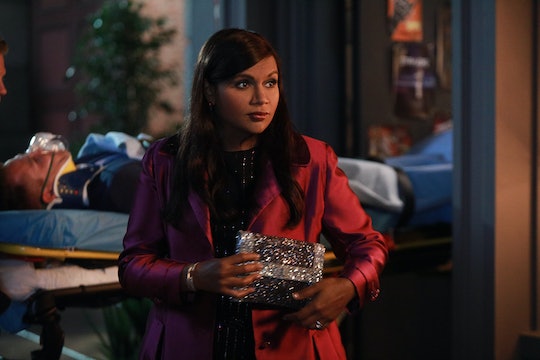 The final chapter in Mindy Lahiri's story is about to begin and most fans aren't ready to say goodbye. Thankfully, unlike other shows on streaming services, the whole final season won't be released at once so you'll have time to savor it for several weeks. So how many episodes is The Mindy Project Season 6? The final season is 10 episodes long.

Over the course of the past five seasons, Mindy Lahiri has come a long way, as have the other characters on the show. From the very beginning, Mindy was a bit of a hopeless romantic. She wanted to find love, but she also wanted to be a successful obstetrician. She dated a plethora of men before she fell in love with Danny and had the most adorable son, Leo, with him. However, it soon became clear Danny wasn't her happily ever after, and Mindy and Danny parted ways. Eventually, she once again found herself dating, except this time as a single mom.

While she figured out her new life, she killed it professionally and now she's happily married and living her best life in New York City. But with this being the final season, fans can't help but wonder how Mindy's story will come to an end.

Although there's no clear answer to that question, one thing fans are looking forward to in the final season is the return of Danny himself. Since their breakup, Danny's been scarce on the show, mainly because Chris Messina, who plays the character, left the show to pursue other projects. Now Danny's back for multiple episodes and while he and Mindy are both currently married to different people, fans can't help but be hopeful they'll find their way back to each other.

Fans probably shouldn't get their hopes too high though. Star and executive producer of the series, Mindy Kaling, revealed to TVLine that the finale won't wrap everything up perfectly. "'Happily ever after' can sometimes be romantic happiness, [but it also] can be a feeling of contentment about your life as a professional person and as a mother," she said about where Mindy's story will end.

Even so, fellow executive producer Matt Warburton did say the audience will have a "little bit of clarity" about where Mindy and Danny stand before the series comes to a close. No matter what happens between them, Kaling and Messina's onscreen chemistry has always been great, and it'll be fun to see them together one last time.