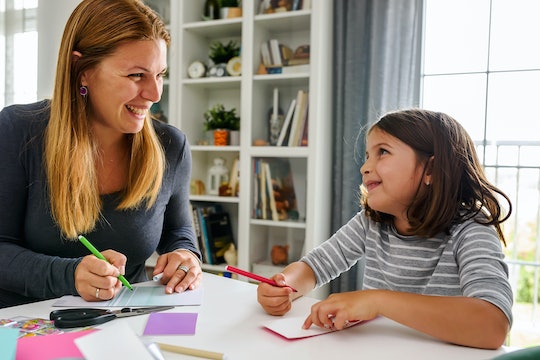 For most of us, a typical school morning consists of our shaking the kids awake, getting them dressed and fed, and making sure all their papers and folders are in their backpacks. Then we send them off to school on the bus or drop them off in the car, knowing we won't see them again for the next six hours or more. But for the surprisingly large number of homeschooled children, the morning rush is nonexistent, there are no permission slips to sign, and education is as close as the dining-room table.

Homeschooling is no longer a "fringe" or unusual option in this country. As of 2012, the most recent year for which statistics are available, an estimated 1.8 million children were homeschooled, or 3.4 percent of the total student population, according to the National Center for Education Statistics (NCES). It's a fast-growing trend, too; as recently as 1999, only 1.7 percent of American children were educated at home. A recent report by the nonprofit organization EdChoice revealed that another 7 percent of parents surveyed said they would choose homeschooling if they could.

Centuries ago, home-based learning was standard, with parents or tutors responsible for children's education. Public schools began gaining favor in the mid 1840s, according to How Stuff Works, and have since been considered the norm. The homeschooling movement began in the '70s as a liberal-based alternative to rote learning, reported the Coalition for Responsible Home Education, but a decade later, it became championed by the evangelical movement as an antidote to secular education.

Today, homeschooling families come from a wide variety of faiths, and homeschooling parents from a variety of backgrounds; 20 percent have advanced degrees, and 25 percent hold down jobs in addition to teaching from home, according to the NCES.

How much do you know about homeschooling? Read on for some findings that may surprise you.