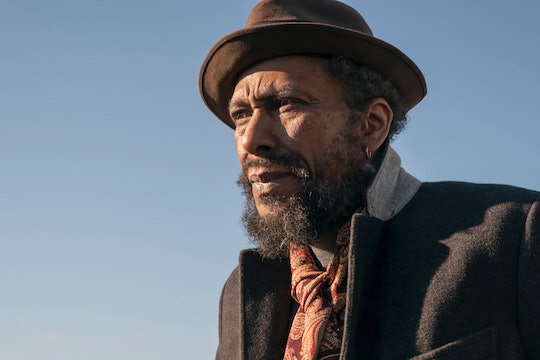 'This Is Us' Wouldn't Be The Same Without William

This Is Us has been nothing if not consistent with the different parallels that play out with the past and present day storylines viewers get to see. Much like seeing Jack and Rebecca struggle in the past and then Kate and Toby work on their relationship in the present, William's death has been almost as important as Jack's. So if you're wondering how many more This Is Us episodes William is in, you're definitely not alone.

His health only seems to be getting worse and at this point, like Randall's dream sequence of William dying at the piano, it can really happen at any time. But even if William dies, that doesn't necessarily mean he's off the show. The beauty of This Is Us and all of the flashbacks and flash forwards that come with it, is that even if a character dies, we might still see them in some capacity to enjoy them and learn more about them throughout any given season.

On IMDB, all 18 episodes are currently listed for Season 1 of This Is Us. And unfortunately, William isn't credited beyond Episode 17. Now, this might just be because the show focuses on other storylines during the final part of the season, though, the glass-half-empty part of me fears it means William doesn't have too many episodes left in him.

Just as Kevin said early on in the season, William has become the wise old owl that fans have come to love and, from the looks of things, he'll probably be around to close out the season. Or, at least the penultimate episode of the season.

But if and when William dies (am I the only one who is still holding out hope for some amazing miracle drug?), This Is Us has left the door wide open for flashbacks of Randall's birth father to be incorporated into future seasons regardless of what William's fate may end up being.

Jack Pearson may have stolen all of our hearts in the past, but in present day William on This Is Us has become a favorite as well, and losing them both in one season would not be easy. But just remember, This Is Us is the kind of show with flashbacks that take up entire episodes and Randall talking to Jack via a drug-induced vision, so even if William barely lasts beyond Season 1, he's probably not really going anywhere. At least, that's what I keep telling myself.