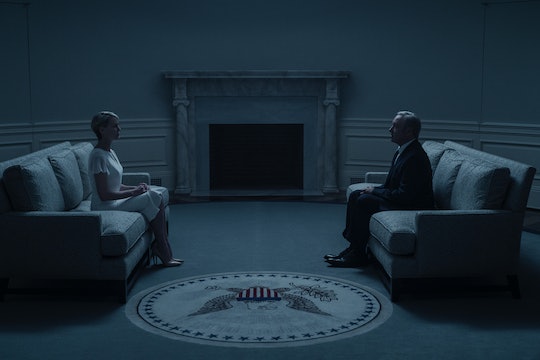 How Many Nominations Did Netflix Get? The Streaming Service Continues To Rack Up Emmys

Ever since Netflix broke into the original TV series market with House of Cards back in 2013, their shows have been on fire. It's hard to imagine that Netflix has only been producing shows for a little over three years, seeing as it's amassed a ton of critical acclaim and awards show wins since then. But how many nominations did Netflix get for the 2016 Primetime Emmy Awards?

In 2015, Netflix garnered a staggering 34 Emmy nominations, according to USA Today, continuing a pattern of increasing its nominations steadily each year. It's no wonder that the streaming network's nom count keeps on rising – it's gone from having only two nominated shows in the 2013 and 2014 ceremonies to five in 2015. As it adds more amazing series to its roster, its nomination count will continue to grow year by year.

Going into the 68th Emmy nomination announcements, expectations were high, given that Netflix premiered a ton of amazing original content throughout 2015. Sense8, Narcos, Marvel's Jessica Jones, Master of None, and Lady Dynamite all debuted on the streaming channel within the eligibility period for this year's awards ceremony – June 1, 2015 to May 31, 2016. Returning shows like House of Cards, Orange Is the New Black, and Unbreakable Kimmy Schmidt weren't exactly slouches this past year, either.

Much of the pre-announcement discussion surrounded whether Netflix might even lead the pack in nominations this year, breaking HBO's (and Game of Thrones') iron grip on the awards ceremony.

From the complete list of 2016 Emmy nominations, here are all of the major nominations secured by Netflix:

For the full list of all nominations secured by Netflix, check out the official 2016 Emmy Nominations press release!