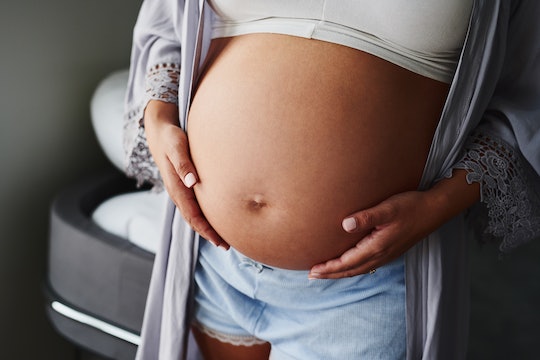 As Republicans scramble to come up with an alternative to the Affordable Care Act, and the future of healthcare in the United States seems uncertain, many women are wondering how their reproductive coverage will be affected. And while much has (deservedly) been written about contraception and abortion, not as much attention has been devoted to infertility and in vitro fertilization (IVF), leading some to wonder, how many people actually use IVF to get pregnant? The number keeps growing and growing, although potential actions taken by the current administration could change that.

So, while women going through the process of IVF may feel alone, especially when surrounded by friends who conceived naturally, they're actually part of a fast-growing trend. However, that could change.

Already, insurance rarely covers much of the cost associated with IVF, which runs an average of more than $12,000 out of pocket, not taking into account extra costs like genetic screening and associated medications. Only 15 states currently require insurance policies to provide any sort of infertility coverage, even though many women experience fertility issues, and it's unclear how that will change depending on what happens to the Affordable Care Act. (A silver lining? Many companies are now helping their employees pay for services like IVF.)

But perhaps the biggest challenge to IVF right now is the possibility of a "personhood" bill passing. These sorts of bills say that life begins at conception, and that embryos have the full rights of a person. If some sort of personhood bill manages to pass in this administration, IVF clinics could technically be breaking the law with standard practices like discarding poor quality embryos. (Under a strict interpretation of a "personhood" law, that could be considered murder.)

Hopefully, no such bill will pass, and women will get the support they need to plan their own families on their own terms.