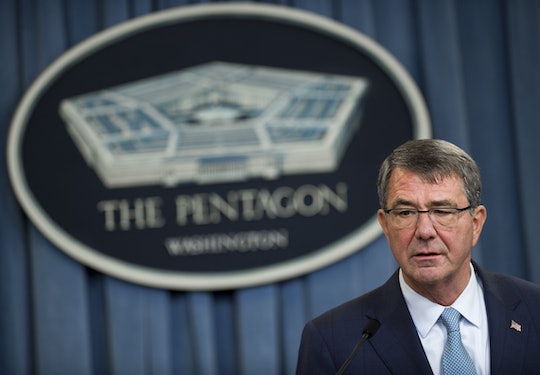 How Many Transgender People Are There In The Military? They've Just Gotten Good News

When Carter made the announcement that, “Effective immediately, transgender Americans may serve openly. They can no longer be discharged or otherwise separated from the military just for being transgender.” A RAND Corporation study quoted by the Pentagon estimated there were as many as 11 000 transgender people in active military service, both as reservists and in active duty. Unfortunately until now, many of those transgender people were forced to hide their true identities out of fear of being discharged. That is all about to change. Just last year Secretary Carter ordered military officials to conduct an assessment to facilitate the lifting of the ban, and said he considered it outdated.

We have transgender soldiers, sailors, airmen and Marines — real, patriotic Americans — who I know are being hurt by an outdated, confusing, inconsistent approach that’s contrary to our value of service and individual merit. The Defense Department’s current regulations regarding transgender service members are outdated and are causing uncertainty that distracts commanders from our core missions.

When Defense Secretary Carter made the historic announcement at the Pentagon on Thursday, he made it clear that the United States wants good people to serve in the military without barriers.

The Defense Department and the military need to avail ourselves of all talent possible in order to remain what we are now -- the finest fighting force the world has ever known. We don't want barriers unrelated to a person's qualification to serve preventing us from recruiting or retaining the soldier, sailor, airman or marine who can best accomplish the mission. We have to have access to 100% of America's population Although relatively few in number, we're talking about talented and trained Americans who are serving their country with honor and distinction," he said. "We want to take the opportunity to retain people whose talent we've invested in and who've proven themselves.

Secretary Carter also reported that the Pentagon would incur the cost of gender reassignment surgery once the person in question had spent at least 18 months in their transitioned gender before joining the military.

Another step in the right direction, and a good day for transgender people in the mi.