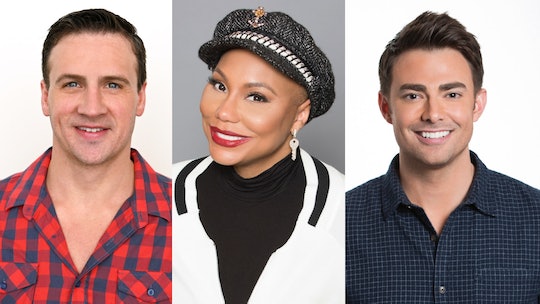 Celebs, drama, and 24-hour surveillance, oh my! Celebrity Big Brother is back for its second season, with a cast made up of some of the most random celebrities you can think of. Those looking forward to the reality show's return may be wondering how many weeks Celebrity Big Brother is going to last this season. Because superfans never want it to end.

Season 2 of Celebrity Big Brother premieres on CBS on Monday, Jan. 21 at 8 p.m. ET, and the season finale will air on Wednesday, Feb. 13 at 9 p.m. ET. That makes the entire season about three-and-a-half weeks long — but don't worry, there will be far more than three-and-a-half episodes. Celebrity Big Brother airs multiple times a week, and the entire season will be made up of 11 hour-long episodes and two two-hour episodes, coming in at 13 episodes total. As per a press release on CBS' website, here is the show's full schedule (all times in ET):

Even though this is only the second season of Celebrity Big Brother, the producers were able to round up quite the group of famous contestants for the reality show. According to CBS, here are the celebrities competing this season, in alphabetical order:

Tamar Braxton — Of the Braxton family

Kandi Burruss — Musician and star of Real Housewives of Atlanta

There's no question as to why this group of celebs said yes to Celebrity Big Brother's offer. As reported by TMZ, each participant is getting paid $100,000 this season, and the winner will go home with $250,000. Pretty sweet.

In case you need a refresher, Big Brother puts a group of strangers (aka houseguests) in a house together, completely cut off from civilization. That means phones, TVs, and the internet are all off-limits. Each episode, the houseguests will vote one person out of the house, until one person is left standing.

It's always hard to predict how a season of Big Brother will turn out — but luckily, viewers will find out in just a few weeks.