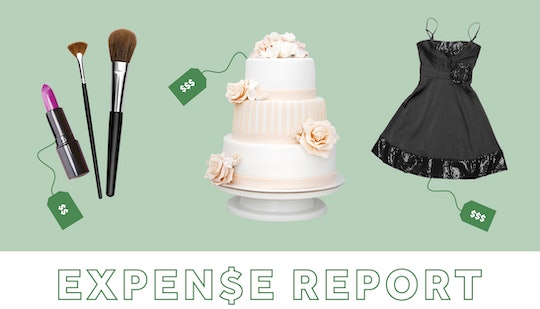 Some families go all out for their child’s sweet 16, while others quietly celebrate with a cake and some presents. You might hear of some parties costing more than a house, and everything in between. This Connecticut family tells the story of their daughter’s super sweet 16 — sans MTV.

Family: A mom and dad in their 40s

Some mothers dream of the day when their daughters turn 16. They imagine the fancy dress party they’ll have, the father/daughter dance, and the candle lighting ceremony. Not me. For my daughter’s 16th birthday, I wanted us to go on a family vacation. “You can pick the location!” I exclaimed, trying to get my girl excited. “We can go anywhere you want.” Except Dubai. I wasn’t paying for Dubai.

But my daughter really wanted to have a Sweet 16. I can’t really say I blamed her. We had watched MTV’s My Super Sweet 16 for “ideas,” and I nearly lost my breath. She was not going to roll up to her party in a Rolls Royce, Cardi B. was not performing at her party, nor was she going to see a brand new Bentley with a big ol’ bow waiting for her and 200 of her closest friends outside. Nope. She was still so excited by the idea of her party, though, that she DVRed almost all of the episodes. (Total mom confession: I, um, went ahead and deleted them in the middle of the night and blamed a power outage.)

Don’t get me wrong. I love planning parties for my kids. I’m a Pinterest and Etsy freak. I order custom cakes for each party, and I even get personalized backgrounds. Each party has a step and repeat. I’m no stranger to this rodeo.

But a Sweet 16 is… different. I don’t know. Maybe it’s because I’ve been realizing lately how much better it is to have experiences with my kids rather than a party, and I knew how much money we would be sinking into the party that got me wondering, “Do I really need to pay thousands of dollars for a five-course meal that her friends will just pick at?” instead of us going to, say, England and visiting the moors. But nope. The Girl Child wanted a party. She saw the vision in her head. And honestly, she’s an amazing kid who gets really good grades, helps out at home, and is kind and wonderful. So we started the party planning process. And by we, I mean me. Away we go!

The dress. Oh, the dress. Much angst and tears were shed trying to find the perfect dress. From me. Shopping for it took months. My daughter was super picky over the design, and couldn’t decide on a style, color, or length that she liked. Finally, we went to a boutique in Connecticut that screamed expensive as soon as we walked in –and which subsequently had me screaming and running for the door. But my daughter was instantly drawn to one dress, a baby blue Cinderella-esque gown that looked nothing like any of the other dresses she had previously tried on. And when she tried it on, it was just perfect, like it was meant for her. The consultants congratulated me (not my daughter) when she chose it—that’s how verklempt I was.

We had originally wanted to have the Sweet 16 at our house. We have some acreage, so our daughter thought that it would be beautiful to have a romantic, floral-filled tent on our front lawn. Thing is, our town didn’t seem to agree, and they told us that we would need to pull several permits to have the tent, along with a porta potty that would cost over $1000 in order to not flood our septic system. Add to that having an on-site electrician the day of the party, and those plans went out the window.

After following up on a recommendation from her teacher (yes, all of my daughters’ teachers were in on the sweet 16 planning, too), we found her venue. She picked the pavilion room at the location, which had gorgeous rustic beams with twinkle lights wrapped around them, and a pretty gazebo just made for picture-taking. It was everything she wanted, and more. And in comparison to other venues with their cookie cutter party rooms, this one, which offered charm and additional space, was perfect.

Photo courtesy of the family.
1/2

Luckily, we didn’t have to shop around for a custom baker. I’ve been using the same cake designer now for several years for the parties we’ve thrown for our two youngest children. I asked my daughter to find a cake style that she liked, and about ten minutes later, she showed me a Pinterest cake pic and said, “This is the one.” It was a three-tiered cake that was fairly plain save for a cascade of gorgeous flowers streaming down one side. My baker was able to replicate the photo identically, and even delivered the cake to the venue and built it on-site, since she was afraid that it could potentially fall apart en route if we picked it up from her shop.

By far, the cake was one of the biggest attractions of the party. And with delicate vanilla layers and creamy raspberry jam filling, it tasted just as good as it looked.

When we were signing the contract for the venue, the director of the place told us, “For a Sweet 16, forget about the food and the flowers. The only thing that really matters to these kids is the DJ.” Oy, what pressure. We (and again, by we, I mean I) interviewed a bunch of DJs to make sure that he would be able to get the party started, as it were. Our DJ brought in mega speakers, lights, strobes, and did games with the kids (think jumbo Jenga and water pong) that the teens loved. He hyped up the crowd, and there wasn’t a time when anyone was seated.

I love decorating dessert tables. It’s my thing. I like matching candies to glass jars, and aligning everything so that the table is beautifully balanced. It took over an hour for me to get the table completed the day of the party, and Tracy, who was running our event, said, “I’ve never seen a sweet 16 with this much attention to detail that was done just by the parents. At this level, it is usually an event planner who does the work.” Aww, shucks.

It’s worthwhile to mention that she said this right before telling us that we were going to have to pay a $400 fine for having gumballs on the dessert table (which was apparently a violation of our contract).

I told my husband the same thing I told him when we were planning our wedding: “If we make one investment in this party, it should be for a really photo/video person. The only thing we’re going to have left are our pictures, so we need to make sure they’re amazing.”

For me, this was the only bill I (sort of) didn’t mind paying.

My girl needed her glam in order to be a princess on her day. She got her hair highlighted and cut, and then styled on the day of the party. She had her makeup done, while I only managed to slap some mascara on right before the event — we were running late as per the norm. But maybe it was the lighting, or our happiness at seeing our daughter’s Sweet 16 come to fruition (or maybe a little Photoshop) — everyone looked amazing.

To be honest, I was kind of cringing as I tallied up the numbers. But when I look back at the photos and videos, and get my 100th hug from my girl thanking me yet again for her party, it was all kind of worth it. And when I saw on my daughter’s Instagram that she had posted pics from the party and captioned them: “The only thing missing was MTV,” well, then I knew that she had a Super Sweet 16 after all.

More Like This
The “Tripledemic” Is Scary, But I Feel Less Helpless When I Wear A Mask
Spread Some Christmas Cheer In Your Child’s Bedroom
20 Stocking Stuffers For Kids Under $20
41 Strong & Sweet Baby Boy Names That Start With “K”