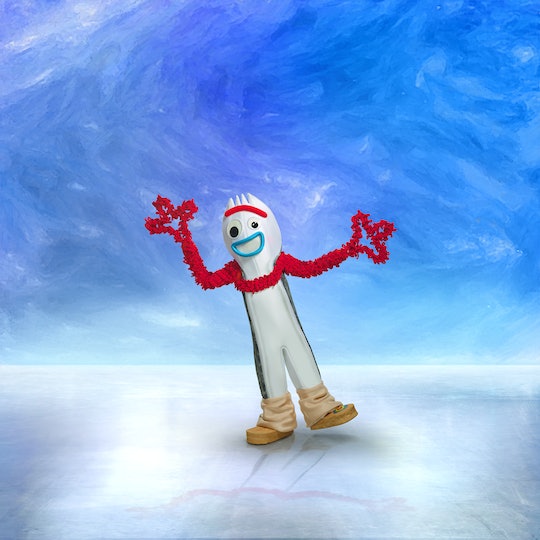 Disney On Ice Featuring Forky Moana & More Is Almost Here, So Get Your Tickets STAT

Disney on Ice is the kind of entertaining family outing that really is so much fun for everyone. It's the kind of program that combines familiar characters with a very exciting setting, fit to make everyone in the whole family happy. People should be asking how much are Disney on Ice tickets? Especially now that the newest show, Disney on Ice Presents Road Trip Adventures will feature some brand new characters that people won't want to miss out on seeing.

No matter what Disney on Ice show that you see, you're bound to go on a very exciting journey through the Disney songbook and movie vault. But Disney on Ice Presents Road Trip Adventures will actually take audience members on an adventure. The participation heavy program will take people on a journey to different iconic Disney locations, where characters will skate around and interact with each other in a super fun way. It sounds like the perfect way to cure your kid's post-summer break blues (especially if they have the itch to travel) and the best early school year treat.

The 60 city tour starts on Sept. 6, runs until January 2020, and tickets are very accessible to shows that are both during the day and night. The cost of tickets depends on the city that people are seeing the show in, and the show's rates fluctuate depending on factors that affect supply and demand. But, most ticket prices start anywhere from $15 to $20. Tickets are available to purchase on Ticketmaster.

No matter the cost, a road trip with Disney is always worth it, especially if it comes to your hometown and doesn't actually require traveling to Disney World or Disneyland to do so.

Anyone who loved watching Toy Story 4 this summer will be absolutely delighted to know that Forky, the plastic spork, will be a part of Disney on Ice Presents Road Trip Adventures and will make his appearance during the Toy Story 4 segment of the show — trash can and all. And it sounds like audience members are in for a treat.

"We challenged our costume designer to create a look where a physical performer could embody a plastic spork, keeping true to the shuffling movement and scale of the character," Disney On Ice creative director, Patty Vincent, said in a statement. "Our interpretation of Forky needs to be believable, so families feel they're at a Carnival with these beloved characters, helping Woody, Buzz, Jessie, and Bo Peep prevent Forky from throwing himself into the trash can."

This video of Forky in motion proves that they accurately captured the spork in person. Just look at those larger than life pipe cleaner arms!

There are so many reasons to love Disney On Ice, especially this new iteration of it. Road Trip Adventures is the most participatory and innovative on ice production from Disney On Ice, ever. In addition to featuring characters from Toy Story 4, there will be appearances from characters from Moana, Aladdin, and everyone's favorite Disney film, Frozen. With so many characters, there are so many more reasons for family members to fall in love with the show.

Tickets are on sale for the show, now. And since tickets are so reasonable, there really isn't an excuse to not go.