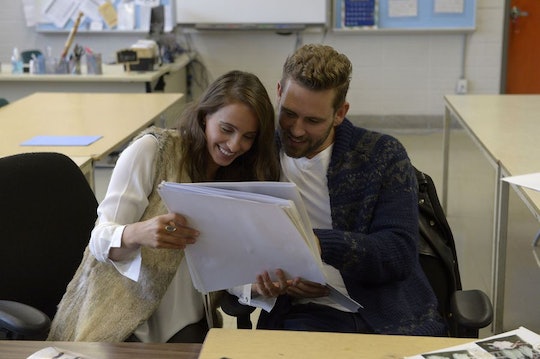 Vanessa's Engagement Ring Is Worth A Pretty Penny

Viewers of The Bachelor would be lying if they said they weren’t wondering how much Vanessa’s engagement ring costs. After all, when you've watched a relationship grow from start to finish, you can't help but be curious of every aspect of their life as a couple. So when the time came for Nick to meet with Neil Lane during the season finale to make his ring choice, many viewers (including myself) undoubtedly wanted to know the cost of such a fantastic piece of jewelry.

In the past, Bachelor and Bachelorette stars have chosen multi-carat rings that most people can only dream of affording in real life. Shawn Booth from Season 11 of The Bachelorette chose a ring for Kaitlyn Bristowe that was reportedly valued at $150,000. (So no big deal, just the cost of an entire house in some places.) Nick’s own Bachelor Nation ex, Andi Dorfman, also got a huge rock from then-fiancé Josh Murray which was, according to HollywoodLife.com, worth around $72,000. So suffice to say, the winner of Nick's heart is pretty much guaranteed to get a super expensive and out of this world ring on The Bachelor when all is said and done.

Granted, Nick didn't pay for the ring himself, of course. The show takes care of that for him as long as they stay together. Vanessa’s engagement ring on The Bachelor cost the network a pretty penny. According to Us Weekly, the 4-carat diamond is valued at $93,000, which again, is pretty standard, but the Bachelor contestant and now fiancée of Nick definitely lucked out in the form of an insanely gorgeous engagement ring.

When Nick broke up with Raven on The Bachelor season finale, it was heartbreaking and hard to watch, but it meant that he would be proposing to Vanessa and that was a relief for all of the Vanessa supporters out there. Nick and Vanessa’s relationship wasn’t exactly easy this season, but they were able to get past the fact that they live in totally different countries and obviously love trumped any insecurities or worries either of them had.

It’s still a matter of figuring out the specifics for the couple, but those Neil Lane rings don’t lie and now their love story is official. The cost of Vanessa’s ring isn’t a deal breaker for anyone though, since the Bachelors don’t typically pay out of pocket and are free to meet with Neil Lane and choose the perfect one, regardless of the price. But it still always amazes me to think about the sometimes five or six-figure costs that come out of these final rose ceremonies.