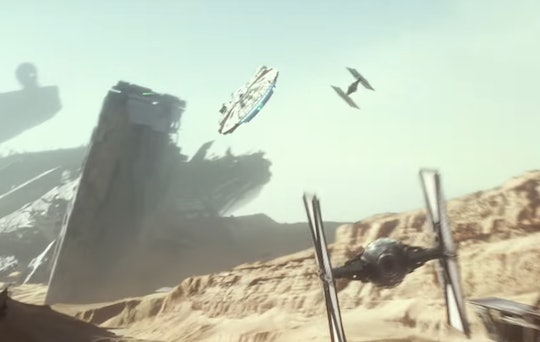 How Much Money Has 'Star Wars: The Force Awakens' Made? Some Points Of Comparison

Update: As of Jan. 4, Star Wars: The Force Awakens has made $1.39 billion globally, according to The Independent. Industry experts expect the film to reach $1.5 billion.

The 7th Star Wars installment raked in an estimated $120.5 million on opening day and finished out its opening weekend grossing a record-breaking $238 million. Now the numbers are in and while The Force Awakens made 58 percent less its second Friday in theaters, it still managed to gross an additional $49.3 million dollars on Christmas Day. The second-Friday performance sets the stage for a potential $160 million second-weekend, bringing the film's two week U.S. purse to a whopping $398 million dollars.

It's safe to say, in just two weeks, the Walt Disney Company has proved their $4 billion dollar purchase of LucasFilm and the Star Wars franchise was a smart and worthwhile investment. To date, the film has grossed an estimated $831 million worldwide, which means it will easily break $1 billion. According to Fortune, The Force Awakens could go on to make $2 billion when all is said and done.

But no need to jump ahead. $831 million itself is nothing to sneeze at. If you want to get a sense of exactly how much $831 million is, here's a little perspective: