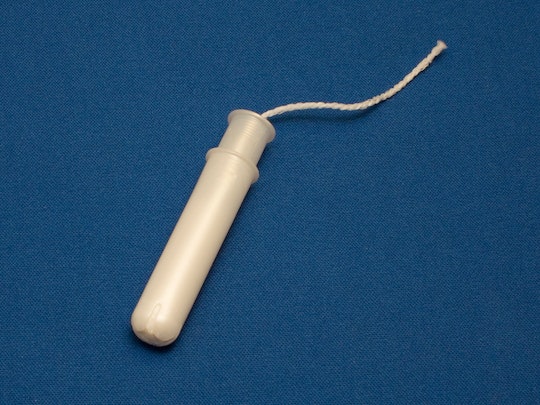 How Much Will The "Smart" Tampon Cost?

Right now, the only way for a doctor to diagnose endometriosis is through surgery. They perform what is called a laparoscopy, where a surgeon makes incisions in your abdomen and inserts a thin tube in order to look at your pelvic organs. It's a costly procedure — both for financially and emotionally — that may not actually confirm the condition. Enter NextGen Jane, the new start-up working on a "smart" tampon that could revolutionize reproductive health. NextGen Jane could serve as a cheaper alternative to expensive surgeries and repeat doctor visits. But how much will the "smart" tampon cost exactly? There's no word yet on how much NextGen Jane will run.

The smart tampon is still in early development. Its creators, Harvard engineer Ridhi Tariyal and her partner, Stephen Gire, a former Harvard researcher, expect to make NextGen Jane available to consumers within the next two to three years, according to reporting by Romper's Abigail Wise. So it's not a surprise that Tariyal and Gire have not announced a ballpark price tag for their groundbreaking product. To get an idea of cost, myLAB Box, an at-home test for major sexually-transmitted diseases, can run between $79 and $400, depending on whether you're screening for one or 10 infections. But NextGen Jane is focused on diagnosing reproductive conditions and determining pregnancy outcomes, so there's a chance it may cost more than that ballpark.

Cost aside, NextGen Jane could have tremendous implications for reproductive health once it hits the market. As Wise wrote for Romper, the smart tampon would offer "an easy, non-invasive way for women to take control of their health." Women who use NextGen Jane could receive diagnoses for diseases like ovarian cancer and endometriosis or learn their level of risk for premature birth without having to go through invasive procedures or rounds of tests. That's because the smart tampon would act as a diagnostic tool, according to Yale News. Women would use the smart tampon to collect samples of their menstrual blood, which they would then send into the NextGen Jane lab. NextGen Jane would then run a series of test to determine the presences of diseases, STDs, and other reproductive issues.

The smart tampon does have some limitations though. As pointed out by Bitch, NextGen Jane would not be compatible with transgender men on hormones or people who cannot use tampons for a number of reasons. So there is a ways for the NextGen Jane team to go if they want to make their product accessible to everyone. Nevertheless, it's still a fascinating a product that can do a lot for menstruating people across the globe. If you want to stay up-to-date on company and product news, then you can sign up for NextGen Jane's monthly newsletter.