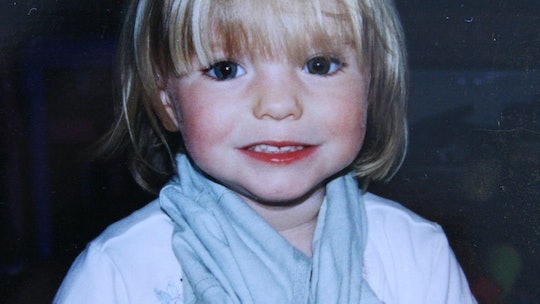 Netflix's The Disappearance of Madeleine McCann has reopened one of "the most heavily reported missing-person case in modern history" to the public eye. The documentary series provides details surrounding the 2007 case of three-year-old Madeleine McCann, who vanished from her parents' beach villa in Praia da Luz, Portugal. With the Netflix series premiere on Mar. 15, true crime fans have come in boatloads to examine every component of the story, including where Madeleine's siblings, Sean and Amelie, are now. So how old are the McCann twins today?

For those of you who are unfamiliar with the events of the case, Madeleine went missing when her parents and their friends went out for dinner. But, one detail that people often forget about is that seven other children, including baby twins Sean and Amelie, were also in the holiday apartment when Madeleine disappeared. However, in The Disappearance of Madeleine McCann, it's alleged that the twins were still asleep when Madeleine vanished.

According to Cosmopolitan, Sean and Amelie were only two-years-old when their older sister vanished. Now that it has been 12 years since Madeleine's disappearance, the McCann twins are 14 years old. Per MSN, Sean and Amelie live relatively average lives. They still reside with their parents, Gerry and Kate, and attend a private school where they are both aspiring athletes.

"They have their own friends and they keep busy and they’re really sporty," Kate revealed while promoting her charity, Missing People. "But their only wish is for their big sister to come home."

The public doesn't know much about the McCann twins. However, that's not a bad thing, especially since Gerry and Kate have reportedly done their best to shield Sean and Amelie from the media throughout the years. In 2018, The Mirror reported that online trolls targeted the twins by posting a recent photo along with the details of their school. The posts were quickly taken down and a source told the publication, “Kate and Gerry have done everything they can to protect the twins from any unwanted attention."

That being said, Sean and Amelie have lived knowing about their big sister's disappearance and the details of the ongoing case. "The twins are doing really well," Kate told The Sun. "They've grown up essentially without Madeleine, knowing their sister is missing and they want her back. They are up to date, they know everything, they know if we are meeting police. There is nothing kept from them."

With the recent release of The Disappearance of Madeleine McCann on Netflix, fans of the true crime docuseries should know that the McCann family is still searching for their daughter. However, they do not approve of the documentary. In a statement released on their website, Kate and Gerry said:

We are aware that Netflix are planning to screen a documentary in March 2019 about Madeleine’s disappearance. The production company told us that they were making the documentary and asked us to participate. We did not see and still do not see how this programme will help the search for Madeleine and, particularly given there is an active police investigation, could potentially hinder it.

With or without the Netflix documentary, the McCann family stays busy to cope with the disappearance. But, they are still holding onto hope of one day seeing Madeleine again.

"As a family 98 percent of the time we're busy," Kate said, per The Sun. "I don't know if that's a conscious thing but it helps. The urge to look for Madeleine absolutely hasn't changed at all."

The Disappearance of Madeleine McCann is streaming now on Netflix.