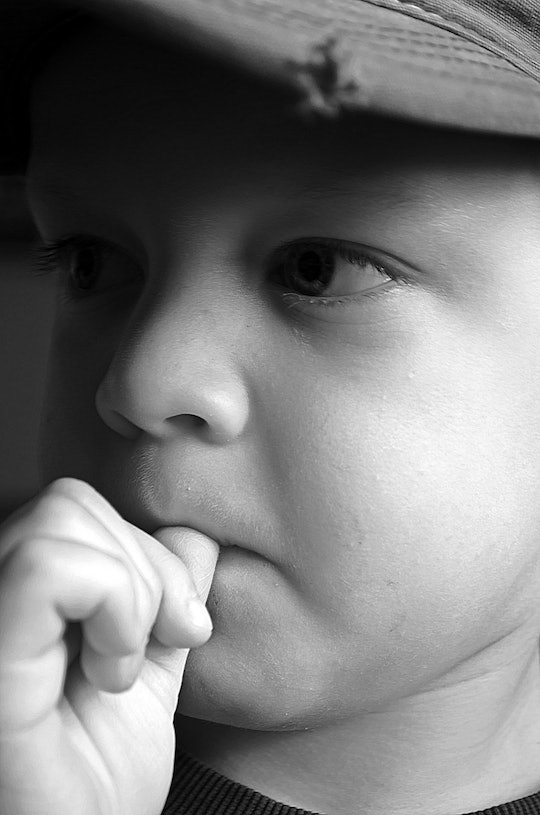 How To Explain Mass Shootings To Your Kids

It's equal parts infuriating and devastating, but because they have become the new normal in everyday American life, it's time to figure out how to explain mass shootings to your kids. It's not anything most parents have experience to draw from. My parents never had to try and put into words why someone would walk into an elementary school with a weapon of war and start shooting first graders. But parents now are just going to have to collectively suck it up and come up with smart strategies to be honest with their kids and make them feel safe when the next act of gun violence creates another mass casualty nightmare.

First, ask yourself if your child is old enough to have been exposed to news about a recent mass shooting, or to understand what it all means. Stories like the attacks in Sandy Hook and San Bernardino are difficult for parents to get their heads around, so keeping something so awful from little ones is probably your best bet.

Family practice physician and parenting author Deborah Gilboa told the Pittsbugh Post-Gazette she recommends not talking about mass shootings with kids under 8 years old unless they bring it up first.

But if your child is young, and inescapably exposed to the news of a mass shooting, like this little Parisian boy was after the November attacks in his city, any parent can only hope to handle talking to our kids about mass shootings as beautifully as this father, who gently explained that they are fighting bad guys and guns with flowers. The exchange was first captured on French television's La Petit Journal.

"Yes, because they are really, really mean," the little boy answered.

Then the boy started to explain that he wants to "change houses" meaning move away, but his father reassured them France is their home and they will be safe.

"It's OK, they might have guns, but we have flowers," he said. It made his son feel better, which is all any of us can hope for in the face of fear and violence.

Besides determining how much your kids know and understand about mass shootings, experts like Gilboa recommend letting your kids guide the conversation about mass shootings. Provide basic facts, then let your kids ask questions. Sticking to just addressing their fears and concerns is advice that you can apply to children of all ages.

TIME also talked to a series of experts about how to talk to your kids about mass shootings and, although each age and stage of development might require a slightly different approach, what our kids really need is our time and attention when it comes to communicating with them about a national tragedy like a mass shooting.

"The best thing you can do as a parents is be available," Harold Kopelwicz from the Child Mind Institute said. "Just spending time with him and reassuring him that an event like this is unusual can make a huge difference."

Don't get into the politics or the Islamophobia — those are discussions best saved for when they're older. But parents can at least be there and listen and remind their kids that there is never a reason for a mass shooting, and the best we can do when they happen is mourn and remember the victims first, always.