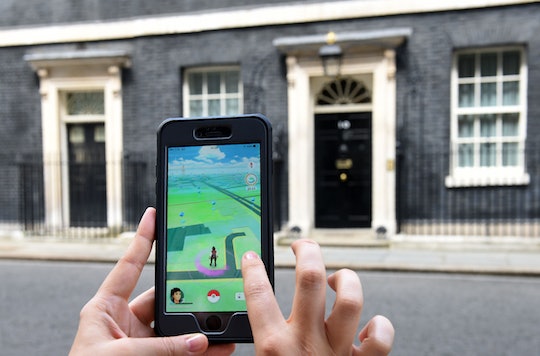 “Pokemon Go” quickly became a cultural phenomenon and to be a part of this time fun and interesting time in history, you “gotta catch ‘em all!” Let’s say your Pokedex is filling up nicely, but you still haven’t caught one of the adorably pink star-shaped fairy-type Pokemon, or perhaps better known by gaming aficionados as a Clefable. Well, that’s probably because they are considered to be one of rarest Pokemon, but don’t give up if one hasn’t appeared for you yet. There are couple extra things you can do in the gaming app to increase your chances to get a Clefable on “Pokemon Go.”

First, a quick refresher on Clefable so you know what you’re looking for. There are only five fairy-type Pokemon featured in “Pokemon Go”: Clefable, Clefairy, Jigglypuff, Wigglytuff, and Mr. Mime. They are cute bunch of smiley Pokemon, they have long pointed ears with dark brown tips with black, oval eyes with a slight wrinkle on either side and curled lock of fur on its forehead. They can walk, or bounce, on water and can sometimes be seen flying using its tiny pink wings. Clefable have super sensitive hearing and, because of that, they prefer to hang out in quiet areas.

Clefable is described to a “timid creature that flees when it senses people approaching,” so that might help explain why tracking one down hasn’t been as easy as snatching a Weedle or a Doduo. But, fairy-type Pokemon are curious creatures. So, it’s totally possible for a Clefable to pop up when you least expect it to.

Tech and gaming website, VG 24/7, notes that because fairy-type Pokemon are curious they can be found at places of interest in your town or city. So, head out and check to see if a Clefable is hanging out at a local landmark nearby. This could be anywhere from a park to a church and even a cemetery.

It seems like "Pokemon Go" enthusiasts will need to be in the right place at the right time to catch a coveted Clefable. But, don’t forget that if you’re able to catch a Clefairy, which are a bit more common, it can later evolve into a Clefable. This can be done by collecting “candies” and that can be done by catching more Pokemon. It’s a vicious, yet fun cycle.

Keep walking around, check out a new place in town, or even just go for a walk in the park and you might be lucky enough to snatch a Clefable.