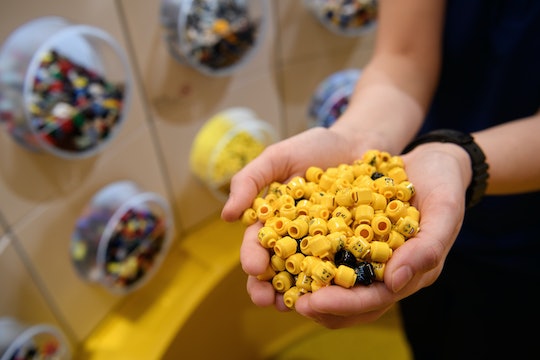 How To Get The Nimuno LEGO Tape

My sons were never big fans of prebuilt LEGO toys. You know the kind I mean; Batman-themed LEGO cars, where all the pieces were already cut to fit perfectly. They much preferred their own system of building LEGO cars they would someday hope to own as grown up men. As well as forts, castles; the list goes on. Well, for those of you who like your LEGO to come with a healthy side of innovation, you can get LEGO tape from Nimuno. Want to know what LEGO tape might be? Imagine LEGO that has an adhesive backing, so you could build on any surface at all. The possibilities... I can't even.

The flexible, snippable tape is actually called the Nimuno Loops Project, and is compatible with most LEGO, MegaBlocks, Kreo, and other building blocks. It was created by a team of professional designers who appreciated the "creative potential" LEGO afforded people, young and old. The Nimuno Loops project was started because, according to the company's Indiegogo page:

We liked LEGO® so much that we wanted to find a way to bring it to everyday surfaces – to join LEGO® to the rest of the world. Nimuno loops does just that through its flexibility, cuttability and its re-useable adhesive backing. Forget the Internet of Things. We want to see the LEGO® of Things!

Max Basler and Annie Kirsten, the New York-based design team who created Nimuno Loops, set up a crowdfunding campaign to raise $8,000 in order to fulfill their goal. At this point, Nimuno Loops has received $601,174. Nimuno Loops are available for preorder (estimated shipping date is July 2017). Two rolls of Loops, which will provide you with more than six feet of LEGO tape fun, will set you back a mere $11, while you can order 6 rolls for $34. Nimuno Loops come in red, green, blue, and grey, although you can vote here for a new Nimuno color to be announced at a later date.

The beauty of Nimuno Loops is multi-level; first, your kids will be able to build with LEGO using their own imagination, wherever they want. In my opinion, that's so much better than the pre-imagined versions often sold as box sets. Second, have you ever stepped on a LEGO piece? You know what I'm talking about — the oddly magnified pain of having a tiny square toy jammed into the fleshy part of your foot. Well that shouldn't be a problem with Nimuno Loops. Instead of leaving LEGO all over the floor, your kids can just attach it to the adhesive tape.