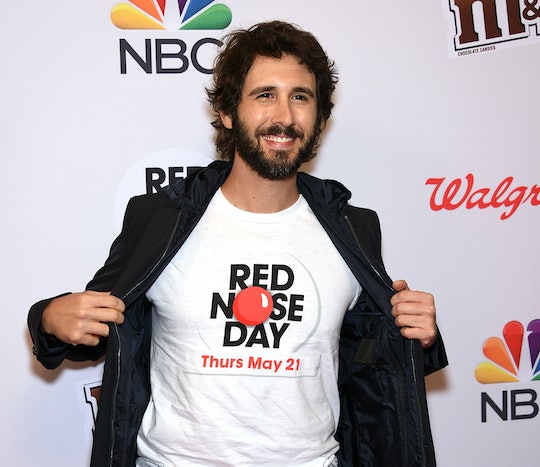 How To Get Your Kids Involved In Red Nose Day

I believe in carrying emergency jelly beans in my purse for toddlers who want to throw an epic fit in the mall. I believe that napping behind your hand while your child watches a 30-minute show on television is the key to surviving parenthood. And I absolutely, 100 percent believe in the power of silliness. So if you're wondering how to get your kids involved in Red Nose Day this year, remember that one key word: silliness.

For those of you who haven't heard of Red Nose Day, you are in for a treat. Red Nose Day was started in Britain as a telethon in 1988 by Comic Relief in an effort to help end world poverty and save children. The first annual Red Nose Day special in America was held in 2015, with the second special to air on Thursday, May 26. The concept is simple. As Seth Meyers put it as the host of the Red Nose Day special in 2015, "We make you laugh and you give us money." The first Red Nose Day (filmed in Ethiopia) raised 15 million British pounds. According to its website, the Red Nose Day campaign has raised more that $1 billion dollars globally so far. The money raised is allocated so that half will be spent in the United States, and the other half will be dispersed throughout some of the poorest regions in Latin America, Asia, and Africa.

So how do you get your kids interested in Red Nose Day? There are a few ways.

I know what you're thinking; please, for the love of all that's holy, not another school fundraiser! But this is different. This is a "fun-raiser", so see, it's all about fun. So keep things light and fun. Have the kids raise money by:

Sure, it's going to be on late. The Red Nose Day Special will be on NBC starting at 9 p.m. ET. And yes, it's a school night. But here's the thing — there's nothing like a little star wattage to really get people to sit up and pay attention. And the stars will certainly be out tonight. Craig Ferguson will be hosting this year, with stars like Jack Black, Ellen Degeneres (Dory!), Will Ferrell, Julia Roberts, and Paul Rudd.

What better reason to get silly than Red Nose Day? It's basically a sanctioned day for silliness. The Red Nose Day website wants you and your family to make a funny face to make a difference. You can pay in to their website too:

We want you to make your face funny for money. If you’ve got a face, make it funny and make a difference. From getting sponsored to don a ridiculous moustache to daring to lose some facial hair, get creative with friends’ faces and raise lots of cash to make people’s lives better.

So go have a little fun with your kids today for a good cause. Don your red nose and get a little silly.