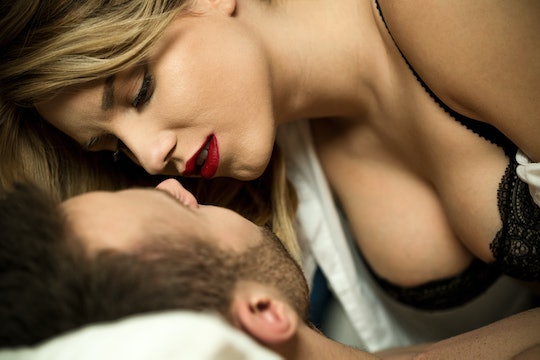 Whether you believe it or not, sex and feminism go hand in hand. Feminism, though it's been tossed around a lot lately, is a fairly simple principle. Feminism is the belief that men and women should have equal rights and opportunities. That's it. So it's only right that the ideals of feminism would adhere to sex too, right? A lot of budding young feminists find themselves wondering how to have feminist sex, and whether or not the things they like to do in bed would be considered inherently feminist.

First things first, having feminist sex is definitely an attainable goal. And no, there aren't a thousand rules or guidelines you have to abide by. Simply by thinking about the principles of feminism, and applying those principles to what happens behind closed doors, you can embark on your journey into the land of feminist sex.

Consent is a hot button topic right now, as it should be. Because of the prevalence of rape culture in today's society, it's important to consider consent in every sexual encounter you have, especially if you're striving for feminist sex. Consent is important for all parties involved, regardless of gender. Get the yes before you get too far, and your romp will be feminist af.

The sex-positive movement is one of the many facets of feminism, and spreads the idea that women should view sex as a positive thing, not just an act to please a man, not just an act to create a child, but something to enjoy. And enjoying sex is a lot easier if you know what you like. Starting with yourself, learning your body, learning what turns you on, and knowing how to get yourself off will all help you when you choose to take up a partner. That way, you can guide them, and have be able to make educated choices about what you do, and do not like to do.

In the interest of equality and honesty, don't fake an orgasm. As a facet of feminism, sex-positivity believes that you shouldn't have to fake it just to appease a partner. If you're not going to come, you're not going to come. And that's OK. Not everyone can come on command, and some people need different amounts of time, attention, and things, to get off. Being honest about your orgasms sets the tone for your sexual relationship, and takes the pressure off of you to live up to expectations.