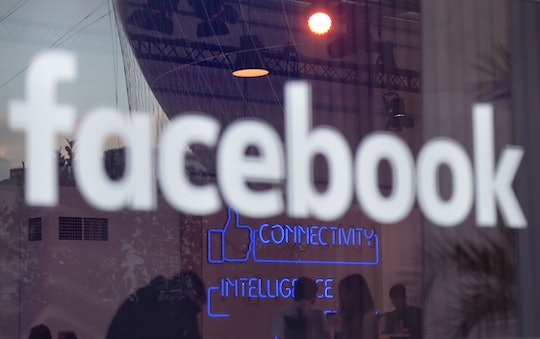 How To Order Flowers Using Facebook Messenger, Because The Update Makes It Super Simple

Facebook has announced a new development that will apparently provide more engagement, give more access, and allow for an easier way to order flowers. How? The tech company announced "bots for the Messenger Platform" this week — a new platform that will allow you to engage with businesses and news media companies, and even order flowers using Facebook Messenger app.

Facebook CEO Mark Zuckerberg announced the company's plans at Facebook's annual F8 Developer Conference in San Francisco Tuesday. The new platform will expand the way Facebook users interact on Messenger, an app that the company claims is the second most popular iOS app and the fastest growing app in the United States in 2015. The expansion allows users to interact with companies and businesses directly. In Zuckerberg's presentation of the launch, he explained how the Messenger development would specifically change interactions with news companies like CNN.

"CNN for example, is going to be able to send you a daily digest of stories, right into Messenger," the Facebook CEO explained at the conference in a video obtained by CNN Money. "And the more you use it, the more personalized it will get. And if you want to learn about a specific topic like, say, the Supreme Court nomination, or the Zika virus, you just send a message and it'll send you that information."

And if you're a flower person — you know, if you love sending flowers for graduations, birthdays, job promotions or "just because" — Facebook's new bots may be your new best friend. The new Messenger will allow you to order flowers from 1-800-Flowers in your Messenger app. "You never have to call 1-800 Flowers again," Zuckerberg explained as he demonstrated the few-step process in a video taken by CNET. "I've never met anyone who likes calling a business. No one wants to have to install a new app for every service or business that they want to interact with."

That's right, Facebook wants to be your one-stop-shop to do business with companies, and for flowers, you won't have to install a new app or enter your credit card information in again. Sounds like everyone's romance levels are about to go up a notch soon.

The new "bot" is the first step toward a more revolutionary Facebook platform, one that was unintentionally leaked earlier this week. Facebook Yellow, as its known, is currently only available to Facebook employees, but Zuckerberg explained that it was essentially in the beta testing phase before being introduced to the public. Facebook Yellow includes added features like a possible slideshow function and a gif keyboard of sorts.

Whatever the case, it seems Facebook is once again on the up and up with consumers and users — and if we're lucky, this latest Messenger update will just be the start of something much bigger.