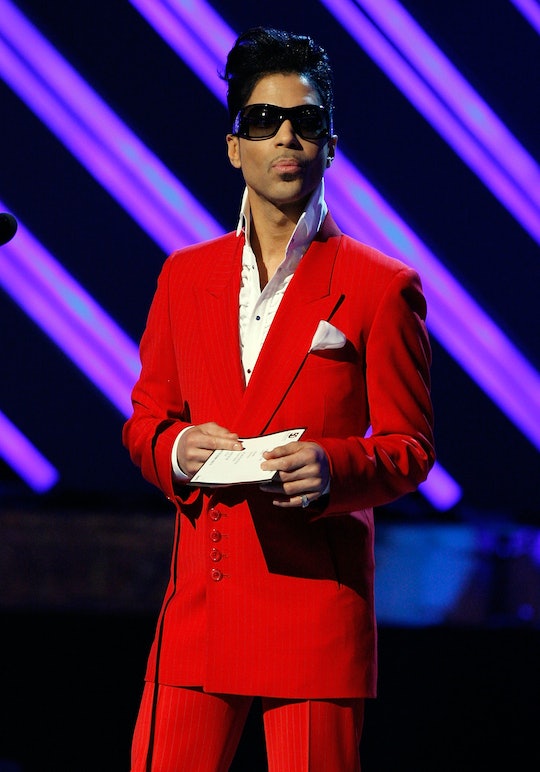 How To Pay Tribute To Prince On Facebook, Because There Are Many Ways To Remember Him

It was a tragic day for music fans all over when the news broke that Prince had died at age 57. For years, the "Purple Rain" singer had inspired and captured the ears (and hearts) of so many around the world, so losing him and his talent is something the music industry will certainly mourn. Because his death was sudden and heartbreaking, you may be wondering how you can share your fandom with your friends on social media, specifically Facebook. Well, you can pay tribute to Prince on Facebook in many ways, all of which express and honor what a musical genius he really was.

Social media has become a very dependable way to express how you feel. In this particular situation, you may feel sad — for obvious reasons — but you may also feel the need to celebrate. Of course, you won't be celebrating Prince's death, but instead we should be celebrating his life. After all, in his song "1999," Prince said, "Yeah, everybody's got a bomb, we could all die any day/ But before I'll let that happen, I'll dance my life away."

So, how can you celebrate the life of Prince and his impact on the music industry?

There are many wonderful quotes by Prince that encapsulate the unique soul he had.

Prince doesn't have videos on YouTube, but there are some from talk show appearances that truly capture just how much of a genius he was.

This one pays tribute to "Raspberry Beret."

The same can go for Twitter and Instagram, as there are so many outlets for you to express your grief over the musician's death. Snapchat also released a geofilter that allows users to overlay purple raindrops (in honor of Prince's "Purple Rain") over photos.