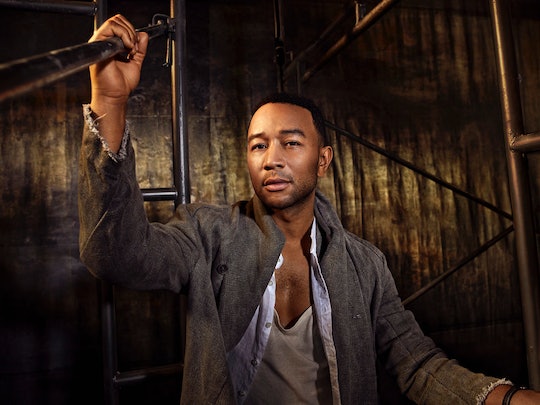 After you’ve enjoyed rummaging through your child’s Easter basket for any remaining chocolate, NBC will be airing a brand new live television event on April 1 at 8 p.m. EST in the form of Jesus Christ Superstar Live!. The production includes a star-studded cast set to bring a new spin on the original production, though it'll still have the same classic songs. But even if you catch it live, you’re going to find yourself wondering how to rewatch Jesus Christ Superstar Live!. John Legend, Alice Cooper, and Sara Bareilles are just a few of the big names starring in the live concert production of the famous rock opera, so you know it’s going to be a big deal. And it’s not the first time NBC has been home to a famous musical making its way to the small screen.

Back in 2013, Carrie Underwood starred in the live TV special of The Sound of Music Live!, and the network has continued to churn out various live events ever since. Even if you catch the entirety of Jesus Christ Superstar Live! on Easter Sunday, you’re still going to want to rewatch all of performances, as I have no doubt they’re going to be worthy of multiple rewatches on their own. Could Legend be on his way to EGOT territory? He’s already earned Oscar, Grammy, and Tony awards, and the next step is an Emmy, so you could be watching history in the making with the rock opera concert special.

For some viewers, the logical way to rewatch Jesus Christ Superstar Live! will be to head to NBC.com and see if it’s been made available for streaming. In order to stream anything from the website, you first need to login with your cable provider information, but there is a chance that you could see the television special on the website at some point following the live airing. Of course that hasn't been confirmed just yet, but there are already some clips from rehearsals that you can watch now.

There’s also the possibility of Hulu making Jesus Christ Superstar Live! available to rewatch. It’s hard to say if the same was done for The Sound of Music Live! at the time, but there is still a page up for the live televised event, so if it was once available for streaming after airing live on TV, the same could be done for this live telecast. It will also undoubtedly become available for digital download or streaming through iTunes, though of course in that instance, you’d have to shell out a little cash, but whatever it may be, it’s a small price to pay to rewatch Legend play the lead role in Jesus Christ Superstar Live!.

Unfortunately, it doesn't look like NBC plans to replay the live special after the fact, as some networks might do for other live events. As it stands, the soundtrack for Jesus Christ Superstar Live! is set to be released digitally on April 6 and then the CD will follow suit on April 20, so clearly there are some high expectations for how the show will go over with fans. This could mean that you’ll be able to rewatch it on DVD at some point as well.

Overall, it looks like your best bet is going to be to stream the concert through something like iTunes or catch it on Hulu the next day. Either way, this is one production you're going to want to see more than once.