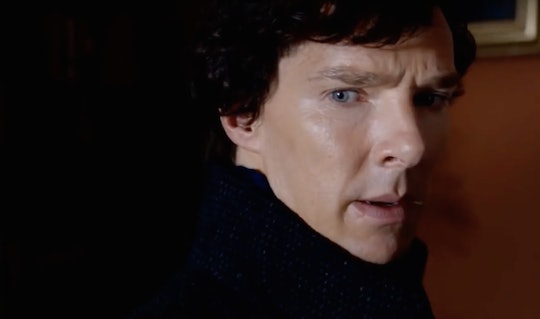 Here's How To Rewatch 'Sherlock' Season 4

After a long three-year wait, Sherlock is finally following up its third season on New Year's Day with the Season 4 premiere. The fourth season's three installments will air on PBS and simultaneously on PBS.org as part of its Masterpiece series on Jan. 1, Jan. 8, and Jan. 15. (DVR hack: remember to search "Masterpiece" instead of "Sherlock.") But if you can't catch it in real time, or simply must rewatch the episodes to catch all the clues that you missed in each case, here's how to rewatch Sherlock Season 4 so you don't miss a minute of these detectives in action.

For a limited time, you can rewatch Sherlock Season 4 on the PBS Masterpiece website after each episode airs. If you have a cable network log-in, you can also watch it on the BBC America website. Eventually, Season 4 will join the Sherlock Netflix library with its other three seasons, but that's a long way down the road. For now, it'll be easiest to stream on one of its carrier network sites. Season 4 also marks the first time a full season will have the same release date in both the UK and the US. The 2016 holiday special The Abominable Bride, which came out between Seasons 3 and 4, was the first time Sherlock tried out its simultaneous release.

The extra-long gap between Seasons 3 and 4 has been chalked up to the fact that the actors have been enjoying considerable prestige and branching out into other acting projects. Benedict Cumberbatch took a turn as Hamlet on stage in London and embodied classic comic book character Doctor Strange in the Marvel movie franchise of the same name. Martin Freeman, meanwhile, was Emmy-nominated for his work on Season 1 of FX's Fargo reboot and has established himself in the Marvel universe as well, playing Everett K. Ross in Captain America: Civil War and the forthcoming Black Panther.

It seems to be getting harder and harder to get the whole team together to keep making the Sherlock miniseries, which has many speculating that Season 4 will be the series' last. Both Cumberbatch and Freeman have commented publicly that Season 4 ends in a satisfying place, and that it could serve as a series finale. Freeman added that shooting Season 4 had a certain feeling of finality to it. But showrunner Steven Moffat has insisted that there are no plans to end Sherlock, only that it's becoming harder and harder to make with everyone's busy schedules. So keep that in mind as you savor Season 4 this January. It may be your last Sherlock fix for awhile.