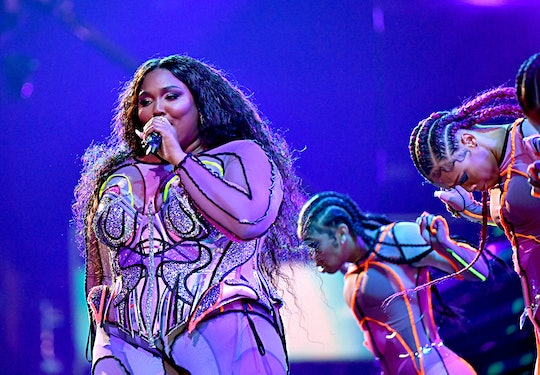 From Billy Porter's fabulous lampshade hat, Alicia Keys and Boyz II Men's emotional tribute to Kobe Bryant, and that "Old Town Road" performance, this year's Grammys were a must-see event. There were moments that made us cry and made us laugh, but if kids, dinnertime, or heck even bedtime caused you to miss this year's show, there is, thankfully, at least one creative way to rewatch the 2020 Grammy Awards.

The 2020 Grammy Awards aired live on CBS and CBS All Access on Sunday, Jan. 26, leaving so-called cord-cutters or those without traditional cable subscriptions to turn to streaming packages like YouTube TV and Hulu with Live TV. But for those who missed music's biggest night entirely, there's both bad news and good news.

The bad news is, there's not really a concrete way to rewatch the 2020 Grammy Awards in its entirety unless it becomes a part of CBS All Access' on-demand content library.

The good news, however, is that with a little creativity you can likely catch all of the night's highlights over on Twitter and YouTube. Both the Recording Academy and CBS have aired coverage of the night's red carpet via Twitter, enabling fans to catch up on the biggest moments.

As for catching Grammy performances and the actual awards ceremony, browsing through tweets shared under hashtags like #Grammys, #GrammyAwards, and #GRAMMYAwards2020 will likely allow you to peep performances, acceptance speeches, and any of the night's other fun or meme-worthy moments.

You can also head over to the YouTube pages for CBS, the Recording Academy, and others, which host many clips of the night's most memorable moments. For example...

While rewatching the Grammys isn't likely to be the easiest thing to do, the evening's stellar performances and emotional moments make it more than worth it.