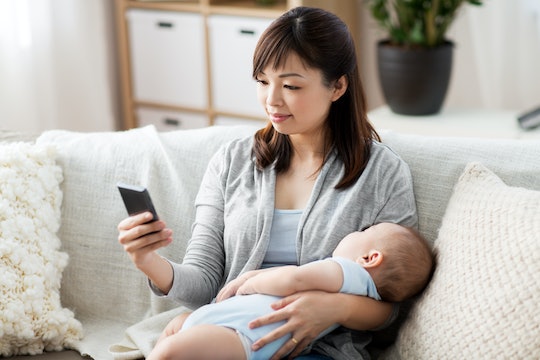 The natural inclination of people to make comparisons between themselves and others has been notated over and over again in books, movies, television, and of course, online. It is almost instinctual for me to look at a supermodel on the cover of a magazine and recognize that my body doesn't look like hers. This is a comparison that I'm not even intentionally making, but it is definitely happening in my brain. The question of how to stop comparing yourself to others is one that many women ask themselves as these comparative thoughts flow freely.

But comparison isn't always a bad thing. In an article for Psychology Today, Amy Summerville, PhD. writes, "Social cognitive psychologists have long known that when we want to feel better about ourselves, we make comparisons to people worse off than we are (or think of ways that things might have been worse than they are). When we want to improve, though, we compare ourselves to people who are better than we are." But when the type of comparison a person is doing diminishes their self-worth, it is time to re-evaluate whether or not the comparison we are making is healthy. If it is not comparison for the sake of healthy motivation, ditching it might be necessary to save your sanity.

Just like I compare myself to that beautiful cover model, I also compare myself to the people around me in real life ⁠— specifically other moms, but it usually makes me feel less-than, so it really needs to stop. Theodore Roosevelt is famously credited for coining the quote, "Comparison is the thief of joy." Thief of joy, indeed. I want my joy back, and I want it now, please. But, how?

I spoke with Aimee Hartstein, LCSW, a psychotherapist practicing in New York, who explains why women are prone to falling into the comparison trap today more than ever. "I think that comparing yourself to other women is always a losing proposition. And the situation is actually worse than ever," she says. "It used to be that women compared themselves to friends, neighbors, and celebrities. Now, we are inundated with stories and images from Facebook and Instagram that are more airbrushed and divorced from real life than ever before. Studies have shown that the glamorous images and stories in social media leaves people feeling sad and depressed about their own lives."

Hartstein's top piece of advice is for women to focus on themselves instead of seeking out comparison. "It’s not easy to stop comparing yourself to other women once it’s a habit that you are into. The most helpful thing you can do is really bring the focus back to yourself," Hartstein says. "Yes, we are inundated with stories and images about people’s 'perfect lives,' but the reason that some people are more susceptible to comparisons has more to do with how they feel about themselves. Doing work on yourself, really trying to value yourself, and working on enjoying what you have and who you are will help enormously with the self-comparing."

Susan Biali Haas, M.D. wrote in an article for Psychology Today, "Make a list of who and what you frequently envy or compare yourself to. Write how each negatively affects you, and why it’s actually a waste of your time." She recommends doing this to ensure that you can avoid triggers for comparison in order to stop the behavior. Once you know what is triggering the behavior, you have more power to stop it.

Dr. Taryn Myers, Associate Professor of Psychology at Virginia Wesleyan University, tells Romper that her research on comparison suggests women may feel inferior to others when engaging in comparison. "We know from research — including my own — that comparing yourself to others, particularly on the basis of appearance, is linked to being unhappy with your body, lower self-esteem, more negative emotions like feelings of guilt, and wanting to eat less and exercise more. You feel inferior, and that is reflected in not only thoughts and feelings that you experience, but also in your behaviors," Dr. Myers explains.

Dr. Myers says that one way to stop this type of comparison behavior is to first and foremost be aware that it is happening. "The biggest thing is to notice when you are doing it. Most of the time it's so second-nature, we don't even realize we are doing it," she says. "Once you have recognized it, then you can tell yourself that comparing yourself isn't doing any good, and that you likely have things in your life that are better for you than for this person. You can also draw your friend group in and call each other out on these problematic comparisons and saying bad things about yourselves." Working together to stop the cycle of comparison sounds like something that I hope my own friends can get on board with.