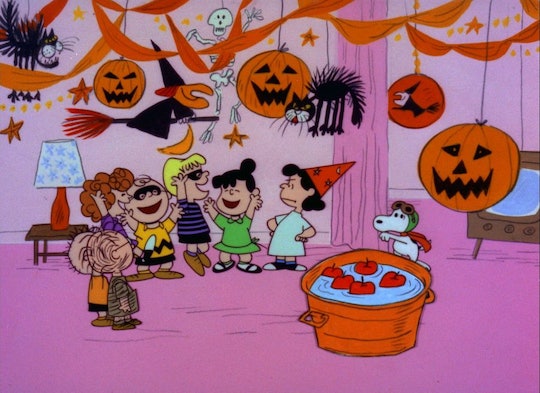 Here's How To Stream 'It's The Great Pumpkin, Charlie Brown'

While many of us have been enjoying pumpkin spice everything (myself not included for reasons that involve caring way more about chocolate than pumpkin spice treats), there’s been something else that people may have forgotten about that comes with autumn. I’m talking about the TV specials of course, and the first one of the fall is going to be the first Charlie Brown special of the season. But figuring out how to stream It’s the Great Pumpkin, Charlie Brown is definitely going to be on the docket for those who are more inclined to watch their programs on computers or via streaming services than on network television.

While It’s the Great Pumpkin, Charlie Brown is not available for streaming on the standard services like Hulu or Netflix, you can watch it live on ABC on Oct. 19 and then again on Oct. 29 at 8 p.m. EST. If you have ABC streaming available in your area via the website or the ABC Go app, you can stream the special that way, but that’s not an available service in every region.

And as far as watching it live, your best bet is going to be on network TV. If you’d rather not wait for It’s the Great Pumpkin, Charlie Brown to air, you can always buy it outright and stream it from Amazon or on iTunes as well. Or, if you would rather head over to YouTube for the 25 minute special, you can also watch It’s the Great Pumpkin, Charlie Brown there.

Animator Bill Melendez, who’d previously worked on Looney Toons and animated Disney films, joined Peanuts creator Charles M. Schulz in the late '60s in collaboration and helped to create the different Peanuts specials we know and love today. As Peanuts executive producer Lee Mendelson told The Washington Post in 2016, Melendez helped to create what may have been one of the best achievements of the entire series. "Of the 50 prime-time specials we created with Charles Schulz, I believe It’s the Great Pumpkin, Charlie Brown is Bill Melendez’s animation masterpiece," Mendelson said.

It might not be full of computer animated singing trolls or have anything to do with minions, but for the most part, kids will still enjoy the timeless classic that is the first Charlie Brown special of the fall. If nothing else, it’s something different than what most kids are used to and whether your little one is still a baby or well into their toddler years, it’s an excellent tradition to start with them. Plus, it’s less than a half hour long (30 minutes with commercials), so it’s definitely short enough to hold their attention.

But even if you don’t have kids, there’s something wonderfully nostalgic about plopping down on the couch or in bed and watching the Charlie Brown holiday specials, including It’s the Great Pumpkin, Charlie Brown. It is, after all, one of the staples that mark the beginning of fall. The 1966 TV special is eventually followed by other seasonal favorites like A Charlie Brown Thanksgiving and It’s Christmastime Again, Charlie Brown, which are also classics that deserve to be rewatched each year.

Personally, being able to enjoy classics like this with my son is one of the things I most looked forward to as a parent. Don't get me wrong — I enjoy a good Lego Movie as much as the next person, but there’s nothing like a good trip down nostalgia lane and It’s the Great Pumpkin, Charlie Brown certainly brings back great memories that I can't wait to continue with my own kid. So whether you watch it on network TV or use one of the streaming options I mentioned, just make sure you do tune in. It'll be worth it.

:Check out the entire Romper's Doula Diaries series and other videos on Facebook and the Bustle app across Apple TV, Roku, and Amazon Fire TV.