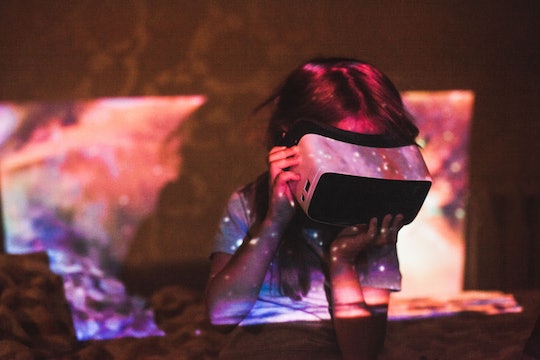 Were You Born During Mercury Retrograde? It's Pretty Easy To Find Out

If you lived a particularly fortunate life, people might say you were "born under a lucky star." A less fortunate existence, on the other hand, might be attributed to a person being "born under a bad sign." But what does it mean to be born under Mercury retrograde? Given what you know of the designated celestial phases when Mercury appears to travel backwards (communications break down, everything tech-related goes bonkers, plans get cancelled, etc.), you're likely assuming that a Mercury retrograde birthday isn't the best of omens. (Don't worry, it's not what you think.) But how do you tell if you were born during a Mercury retrograde, anyway?

You might have your suspicions, simply based on the traits you think would be associated with being born during a retrograde (maybe a lifelong inability to be on time?). But even if your birthday does fall during a retrograde, it doesn't mean you've been cursed.

"Being born with such an influence can actually by quite advantageous," certified astrologer Helene Cierzo tells Romper.

"People born when Mercury was retrograde are unique thinkers," she explains. "They are often more rebellious in nature and have an out of the box ways of thinking and communicating."

It's important to note that there's no need to freak out over Mercury retrograde, period: Whether it's happening now or it was happening when you were born or it might be happening at the same time as some future important event, experts like international astrologer and life coach Linda Joyce say there's no need to panic. As Joyce told Bustle, "Mercury retrograde is like anything else in life: We must know how to use it wisely and understand why it exists. Then, suddenly, it's not negative, it's helpful."

Of course it's understandable if finding out that you made your debut on the planet during such an astrologically fraught time feels like finding out an evil fairy showed up at your birth to make sure you would prick your finger on a spinning wheel someday. But as astrologer Maressa Brown explained in a recent social media post "in defense of Mercury retrograde," this news could mean that you have an extra advantage during retrogrades:

"If you happen to have natal Mercury retrograde — aka you were born during a Mercury retrograde, which is the case for approx. 25 percent of the population — Mercury retrogrades may very well be especially productive, creatively rewarding transits for you," she wrote. "I've found this to be the case time and again — for myself and other Merc retro babies."

So instead of a Mercury retrograde birthday acting as predisposition towards a chronic condition, maybe it's more like a vaccination: A little shot of retrograde at birth strengthens your resistance against the miscommunications and computer malfunctions.

Thankfully, as Brown mentioned in her above post, identifying yourself as a Mercury retrograde baby is as easy as plugging some stuff you already know into a free online calculator. In fact, you don't even have to plug anything into the table Brown posted at Astropro.com; you just scroll down the list, find the dates in your birth year, and see if any of them are within three weeks of your birth date (retrogrades generally last only about three weeks).

If you're looking for more details about your personal astrological timestamp and have a few minutes free, another free option is the birth chart calculator at Astrolabe: Just fill in your info (it helps to know what time you were born) and calculate! Once your report is generated, look for Mercury. If there's an Rx beside the symbol, then you were born during Mercury in retrograde. Cafe Astrology also has a free natal chart calculator (and if you don't know the exact time of your birth, you can substitute noon for an adequate approximation).

Another benefit to going with a more in-depth birth chart is that you'll also be able to see which sign the Mercury retrograde of your birth occurred under, and the particulars of how you'll be affected are dictated by that sign. If you've gone this far, might as well go all the way... especially because, as Cierzo explains, those born during Mercury retrograde "have a lot of mental energy that needs to be used."

"The mind is always going," she says. "When a planet is retrograde, it is said that there is some karma associated with that particular planet. People with mercury retrograde are the wisdom keepers. If you believe in past lives, one could say they carry with them wisdom, knowledge and skill from past lives. They are not very conscious of this. However, they have a deep source of sacred wisdom and knowledge within that they can tap into."

Turns out a retrograde birthday is actually a pretty big responsibility (and a pretty solid reason to brag, too).

This article was originally published on March 11, 2019