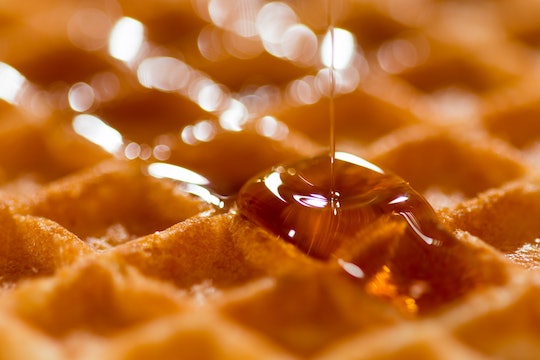 Were Your Aunt Jemima Products Recalled?

If you're planning out your breakfasts for the week, you might want to take a look in your freezer first. On Monday, New Jersey-based manufacturer Pinnacle Foods issued a voluntary recall of several of its Aunt Jemima brand products. Don't worry: The breakfast syrup is just fine, but several frozen breakfast products have been voluntarily recalled over listeria concerns. Here's how to tell if your Aunt Jemima waffles, pancakes, or French toast were recalled.

According to the U.S. Food and Drug Administration recall notice released this week, 19 different products have been affected by the Aunt Jemima recall. In addition to several varieties of frozen waffles and French toast, frozen pancakes and one Hungry Man brand frozen product were also affected by the recall. While testing of the plant environment where these products were manufactured revealed the presence of Listeria monocytogenes, the FDA notice stated that no illnesses have been reported and that the recall was issued voluntarily out of an abundance of caution. Pinnacle Foods did not immediately return Romper's request for comment.

Listeria is especially dangerous for pregnant women, as the food-borne bacteria can cause miscarriage, preterm labor, stillbirth, and in especially serious infections, maternal death. According to the Centers for Disease Control and Prevention, pregnant women are 10 times more likely to contract listeriosis from eating listeria-contaminated foods.

The largest range of products affected included 10 different frozen pancake products, including one product sold in Mexico. The affected product names and UPC codes are as follows:

If you have one of the recalled products in your freezer, the FDA notice advises consumers to return them to where you purchased the products for a full refund. Consumers can also contact Pinnacle Foods at 1-888-299-7646 for more information.