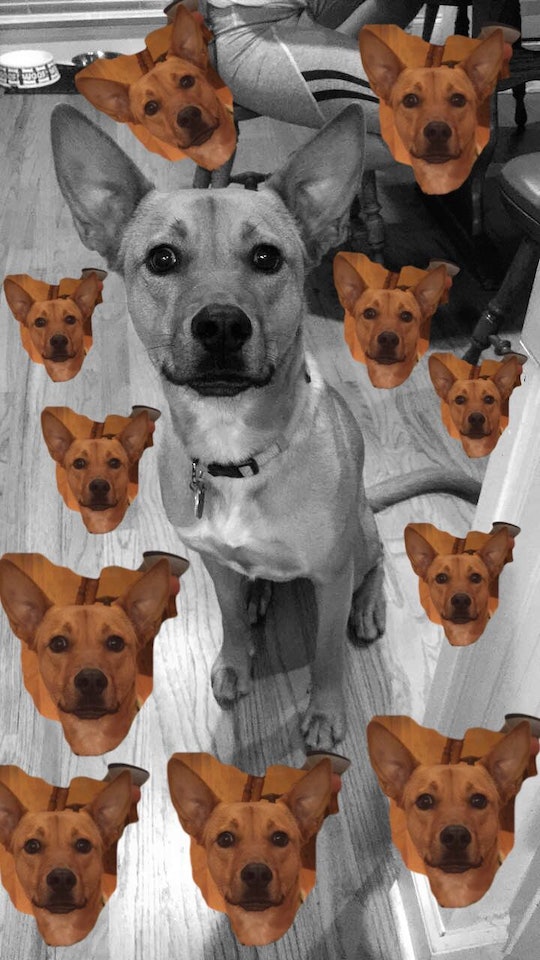 How To Use The Scissors Tool On Snapchat

Just when you thought you might've reached your peak Snapchat creativity, the app has offered up an update that can easily take your snaps to the next level. Unlike the regular paint tool (which, let's be honest, definitely favors trained visual artists over the rest of us), this next addition is surprisingly simple. If you've been wondering how to use the Scissors tool on Snapchat then don't stress — it's a totally easy thing to master, and the hidden collagist in you will appreciate it.

Snapchat Scissors makes it easy to turn parts of your snaps into stamps that you can use over and over again. I practiced with my very willing and very beautiful dog and made some precious memories that I will treasure for years to come. What's more, when we're apart, I can go to my stamps (the square symbol on a photo's top right corner, next to the "T") and use the cut out of her sweet little face over and over again.

Here's how to use Scissors on Snapchat:

Not buying the utility of Snapchat Scissors? Well, I turned THIS (adorable in its own right)...

...into THIS! A mixed-media, pop art moment embodying the overwhelming and sheer terror that was 2016, as seen through the eyes of a pet!

If you're not yet convinced Snapchat Scissors is an easy and useful tool, then the recent update offers plenty more for you to mess around with. Snapchat Groups makes it possible to send snaps to multiple people at a time, you can Shazam songs on Snapchat (an odd — but useful? — marriage), and you can completely transform Memories with Snapchat Paintbrush. Who thought that a sneaky, watch-it-before-it-disappears platform would turn into something so dynamic?