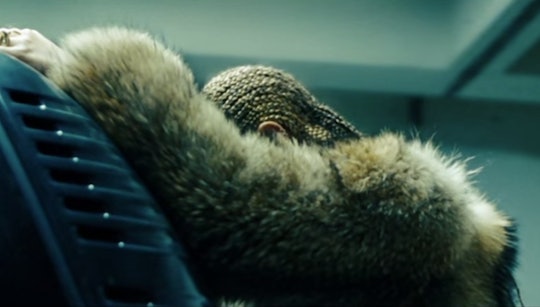 Thanks to an unnamed exec over at HBO who talked to USA Today, we know (or think we know...) that Beyoncé's mysterious upcoming Lemonade project will be an hour-long "docu-style" special. Beyoncé is singular in the sense that basically any move she makes is pretty much automatically labeled an "event" — even when no one really knows what the heck is going on. As it is, though, the esoteric queen announced last week that the event will premiere on Saturday, April 23, at 9 p.m. on the subscription-only network HBO. It's all still quite clandestine, with fans wondering whether she'll finally, finally announce the release of her newest album or unveil yet another series of heart-stopping music videos, á la the unprecedented surprise album of 2013. There's only one way to find out, so, for diehard fans without an HBO account (or a friend of a friend of a cousin's roommate to mooch a password from), here's how to watch Beyoncé's Lemonade for free.

For the entire weekend, from Friday until Sunday night, HBO will offer a free 48-hour trial period for all cable subscribers (!!!). So despite Yoncé's royal status in our hearts and minds, it won't be just the elites who can partake in this weekend's revelry (which, this Saturday, means cuddling up with your besties and popcorn like it's a 7th grade slumber party).

It's clear that the generosity is wholly a business move on HBO's part, because the increased exposure will likely expand its customer base, but as a non-HBO-subscribed peasant, I'm certainly grateful.

Anyone without cable — still me :( — can catch the event by signing up for a free 30-day trial of HBO Now, a streaming service that requires just an internet connection and can be watched on the HBO Go app, Elle notes.

Lemonade is certainly not the first time Beyoncé has sent the Beyhive into a tizzy. In 2013, of course, she released her fourth solo album, the self-titled Beyoncé, with literally no warning and made us all question what it even means to be human. The fact that every single track was accompanied by a music video prompted us to really contemplate the meaning of life and why we're all here, anyway. And just before she dominated the Super Bowl halftime show in February, she (unexpectedly) came out with the racially aware and politically polarizing Formation.

That's when the world stopped and we all began to suspect in earnest that she was up to something. We were right.

And in less important (for me, at least) but still notable news, the limited-time accessibility of HBO to the masses means that we can all watch the Game of Thrones premiere Sunday evening, as well as Jurassic World, Silicon Valley, Veep, and Last Week Tonight with John Oliver. Is there anything our queen won't do for us?