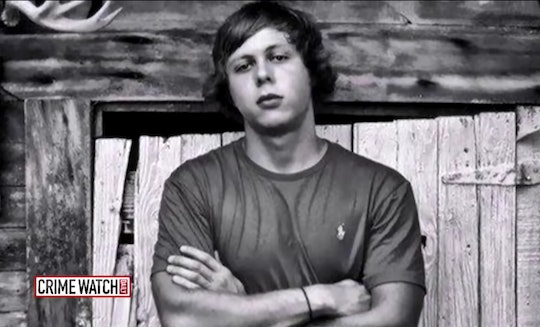 The investigation into the death of Christian Andreacchio has captured America's attention thanks to a new podcast, Culpable. Those who have been listening to new episodes when they were released each Monday over the summer might have noticed the occasional mention of a show called Crime Watch. Long before Culpable tackled the investigation, Crime Watch covered the suspicious death of Andreacchio, so podcast fans might be wondering how to watch Crime Watch's Christian Andreacchio episode online for free? Well, lucky for fans, there's good news and there's bad news.

The good news? Crime Watch has uploaded the entire episode about Andreacchio's death to their YouTube account. The bad news? It was uploaded in five different parts that average about ten minutes or less in length.

For those who are only familiar with the Andreacchio case because of Culpable, watching the Crime Watch special should be very interesting. Not only does it bring the investigation to life, but there are several on camera interviews with many familiar names — like Andreacchio's mom, Rae.

You can watch all five parts of Crime Watch's Andreacchio episode below. Please note that the Crime Watch content includes graphic crime scene photos from where Andreacchio's body was discovered. There is also graphic discussion about the evidence and the matter in which Andreacchio allegedly died. Viewer discretion is advised.

Pt. 2: This part dives into Andreacchio's girlfriend, Whitley Goodman, and their allegedly tumultuous relationship. It also examines the investigation that took place at Andreacchio's apartment after he was discovered dead in the upstairs bathroom.

Pt. 3: Investigators discuss the suspicious circumstances surrounding the discovery of Andreacchio's body and the claims that he took his own life. A world renowned forensic pathologist also examines the evidence and makes several disturbing discoveries.

Pt. 4: In this part of the episode, investigators talk to Goodman's friend, Matt Miller, about Andreacchio's death. There is also discussion about potential evidence that was allegedly turned into the Meridian Police Department — but never examined.

Pt. 5: Investigators track down both Whitley Goodman and Dylan Swearingen, the last two people to see Andreacchio alive. Swearingen refuses to discuss the case with anyone and even sends an upsetting "message" to the Andreacchio family. Meanwhile, Goodman decides to speak to investigators — but only through Facebook messenger.

New episodes of Culpable are released every Monday. You can catch up on the podcast by listening to full episodes on the official website.