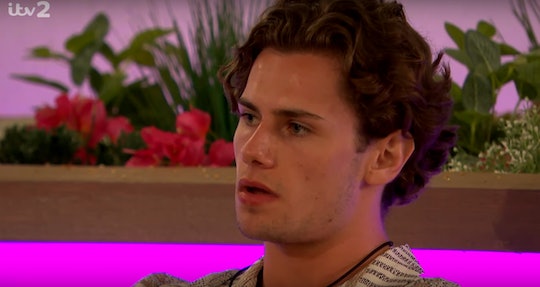 'Love Island' Is An International Sensation For A Reason

Summer has arrived which means I'm getting ready to watch single people hook up and sometimes win money on reality shows — aren't you? In the UK one of the most popular shows following this format is Love Island and an American version of the show is coming to CBS this summer. But if you want to get familiar with the show's format before it airs here, I know how to watch Love Island in the U.S. and it's easier than you think.

Well, you can watch the first four seasons of UK's Love Island on Hulu right now. The fifth season of the show premiered in the UK on Jun. 3 but those episodes are not available on Hulu right now. If you are a huge fan and need to find a way to watch them, there are some unconventional streaming methods available. But I'm most interested in the U.S. version coming to CBS July 9, because it sounds a whole lot like Paradise Hotel. I was eager to see if I could spot differences.

I wondered why executives chose to bring this show here and got my answer in a statement made by Sharon Vuong, the network's Senior Vice President of Alternative Programming. "Love Island has been a massive success overseas," she said in May 2019. "It's currently seen, or about to premiere in several European countries as well as Australia, and we're thrilled that ITV has partnered with us to bring their most successful show to American television. Having seen the reaction of audiences 'across the pond' and around the world to this most recent season, we expect American viewers will be captivated by this engaging format."

In case you're still wondering what to expect from the show here's how it works. Singles live in a villa on the island of Fiji where they'll try to find love by coupling up. But there isn't room for everyone. If you don't find a partner, you risk leaving the island and losing your chance at prize money. Of course, there are twists, turns, challenges and other surprises along the way. What's the fun in predictable, right?

But there's another element to this show that makes things even more unpredictable — which is that fans have the power to influence the outcomes for the couples on social media.

David George, CEO of ITV America, said in a statement to CBS:

As a format, Love Island breaks the mold with high levels of viewer interactivity and participation that influence the content of the show in a way that's extremely addictive. It's a cultural phenomenon that builds anticipation with every episode and creates appointment viewing—a pretty hard thing to do in today's TV landscape.

If Love Island sounds like appointment TV you want to keep, get ready for a commitment. The UK version of the show airs multiple times per week and it looks like the American version won't be any different. The show will be airing five nights a week on CBS starting Tuesday, July 9 at 8 p.m. ET. Yes, I meant to write five.