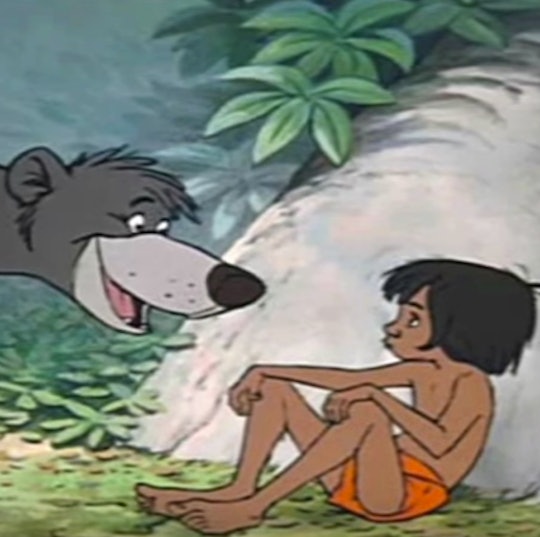 How To Watch The Original 'Jungle Book', Because It's A Total Disney Classic

Don't get me wrong, Disney's new live-action update of The Jungle Book looks pretty amazing — it's got an Avatar-esque, grand, computer-generated style, an A-list cast of actors providing voices, and so far, it's getting fabulous reviews. But if you haven't yet seen the 1967 Disney animated version it's based on? Well, you need to get on that immediately, because it is pure, classic, sweet-childhood-memories, Disney perfection (just try to watch "Bare Necessities" and not smile. Just try). So here's how to watch the original Jungle Book movie, because unless you still have a functioning VCR hanging around, that dusty VHS tape sitting in a box in your mom's basement isn't going to cut it.

Unfortunately, The Jungle Book isn't available on Netflix, which totally sucks if that's your online streaming go-to. But the good news is there are a number of other options available if you want to watch it online: iTunes, Amazon, Google Play and YouTube all have The Jungle Book available for download, but only for purchase, not for rent (groan). Of course, there is also always the DVD/Blu-ray route if that's more your style, in which case Amazon can hook you up with that as well.

Either way, one thing that's worth noting is that, according to Vulture, the plot line of both the 1967 animated version and Jon Favreau's live-action CGI version are more or less the same. That is, a baby boy named Mowgli is abandoned in the jungle and raised by the animals as a "man cub." The other animals mostly welcome and protect him, except for the tiger, Shere Khan, who is decidedly not a fan of little Mowgli. So, in order to keep him safe, his wolf family decides he should go back to his village, and adventure ensures. (It's also valuable to note that Baloo, this time voiced by Bill Murray, does sing "The Bare Necessities" in the updated film as well, hooray!).

But Murray isn't the only familiar voice who is involved in the film, according to Vox. Ben Kingsley plays Bagheera, the panther who watches over Mowgli throughout the film, while Shere Khan, the tiger villain, is played by Idris Elba. Scarlett Johanssen lends her voice to Kaa, the totally creepy python, and Lupita Nyong'o plays Mowgli's adoptive wolf-mama that he has to leave behind (tear!).

But while both versions actually seem pretty fantastic, there is one reason you might want to be a little more careful about approaching the new version: little kids might find the Favreau update much scarier than the classic. Even though The Jungle Book is technically a children's story, all that 3-D, CGI goodness can seem awfully life-like at times, and Mowgli's journey isn't an easy or safe one.

So, you could always warm your kid up to the scary parts of the story with the original movie and then go for the newer version. Either way you're going to get to see a great version of "The Bare Necessities."