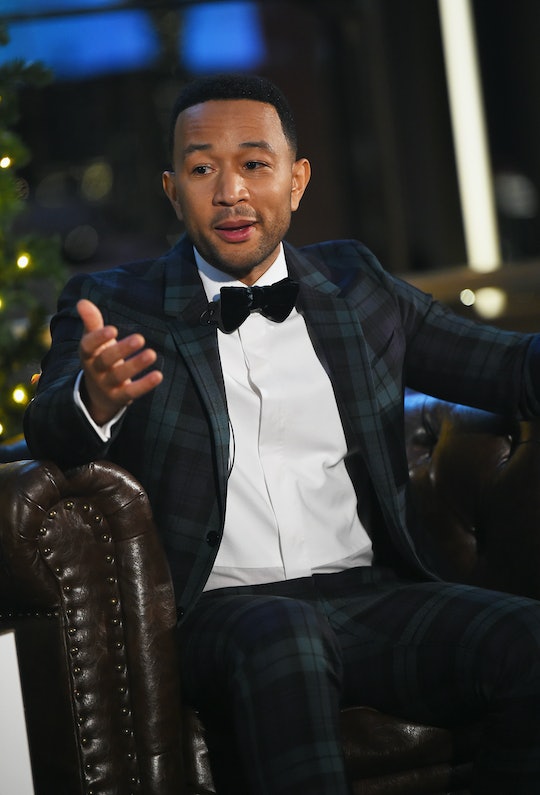 John Legend Has Received A Lot Of Praise For Appearing In 'Surviving R. Kelly'

John Legend is always making the news for something he’s done, be it a phenomenal ‘90s-sitcom-style holiday special, taking home yet another award, or simply an innocuous comment he made on Twitter. Now, he’s one of the few celebrities who agreed to be interviewed for the Lifetime docuseries Surviving R. Kelly, which chronicles decades of alleged sexual abuse by the singer.

So how well did John Legend know R. Kelly? Surviving R. Kelly doesn’t really answer that question. From what I gather, the two didn’t really cross paths much, which sort of makes sense. Kelly’s biggest hits were were released in the late ‘90s and early ‘00s, but by the time Legend struck gold with “Ordinary People,” Kelly was winding down with “Trapped in the Closet” and “I’m a Flirt.” This was also around the time of his trial, at which he was found not guilty on 14 counts of child pornography.

Regardless of their history, Legend was the only one of the musicians asked by director dream hampton who agreed to appear in the docuseries. Now, many are praising Legend for speaking out in support of the women in Surviving R. Kelly. But he’s not taking any credit, redirecting it to hampton and the survivors who told their stories.

Even his wife, Chrissy Teigen, won’t let fans put the focus all on Legend. While it’s amazing that he agreed to speak, especially when so many others didn’t, it’s important to remember that these brave women are the ones sharing something deeply personal and traumatizing.

However, Legend definitely deserves recognition. As hampton has explained, she asked many other artists, including those who have worked with Kelly in the past like Lady Gaga and Jay-Z, to be interviewed for Surviving R. Kelly. A few other celebrities have spoken out on social media against R. Kelly since the docuseries began airing on Jan. 3, which has resulted in some controversial opinions, but also a few hilarious yet poignant moments like this one from The Daily Show:

So Legend is in good company remaining on the side of the victims. Of course, there will always be dissenters. A Twitter user dug up an old photo of Legend and Teigen with Harvey Weinstein, who was accused of sexual assault by dozens of women, in turn popularizing the #MeToo movement. Of course, Legend was ready with a response, reminding the user that many were not aware of Weinstein’s alleged sexual misconduct at the time the photo was taken.

Whether or not he worked with Kelly, Legend is a part of the same machine, and is therefore affected by the singer, both by his musical contributions and his reputation in the industry. So while some may not want to hear from him, Legend has a right to speak on Kelly — and personally, I’m glad he chose to.