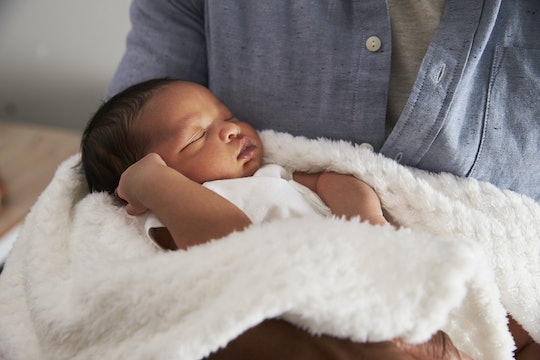 We all know how vitally important a good night's sleep can be to our productivity. Ask any new parent who isn't getting much sleep through the night to try to focus on anything that requires brain power and you'll see... it's not easy. But how does it affect the babies who are keeping parents up at night? Unfortunately it looks like a lack of sleep or poor quality of sleep could have long-term effects beyond just being cranky the next day. In fact, a new study looking at how a baby's sleep quality could affect them later in life found some interesting patterns.

Dr. Piush Mandhane of the University of Alberta in Canada pulled together a group of researchers to analyze sleep patterns in babies and how they might affect their cognitive skills later in life, according to Global News. In particular, researchers were interested in delving into the influence that nighttime sleep patterns might have on the way these babies would learn later in life.

As any parent of an infant knows, babies aren't exactly the best sleepers at night for the most part. And this can have serious ramifications on the way babies' brains develop. As Dr. Mandhane told The Edmonton Journal, "It’s not a mystery that if you have poor sleep or poor sleep quality like snoring, you are going to have difficulty with learning and behavior."

He continued, "The question is really how bad does it need to be before you start to see those occurring, and is there a long-term effect on children?"

Mandhane and his fellow researchers looked at sleep pattern data from 800 babies living in the Edmonton area and found that 17 percent of these infants were getting less than 12 hours of sleep a night. As the senior author of the study told Global News:

We found that the children who were short nighttime sleepers — so really didn’t have the time to consolidate their daytime learning and activities they were doing — they had a 10 point decrease in both cognitive outcomes and language outcomes.

According to the study, which was published in the June issue of Sleep Medicine, sleep patterns are the number one influence on early child development. By the time these children were 2 years old many of them were behind in their language development, according to Sleep Medicine. "One standard deviation is 15 points. So 10 is quite a substantial number," the publication explained. "That’s putting those children at a pretty significant disadvantage from a learning and language development perspective."

Of course, it's difficult to find ways to make babies sleep through the night. If it was easy, everyone would do it. And there's also the research that snoring and sleep apnea in babies (in some cases because of allergies from pet dander in the home) could have a long-term effect on a child's cognitive development, according to research shared by Very Well Health and Sound Sleep Health.

But with this information, Dr. Mandhane thinks parents should use it to seek out ways to ensure their babies are getting a full night's uninterrupted sleep, as he told Global News, explaining:

Some ways to help babies get a better night sleep, according to Parenting Science, are:

There have always been plenty of reasons to want your baby to sleep through the night, and now it looks like there's one more to add to the list. You want them to develop language skills at the best rate possible.

Here's to a good night's sleep.

More Like This
Baby Growth Spurts: When They Happen & What To Expect
When To Stop Swaddling Your Baby: 8 Signs It’s Time To Transition
Is It Good For Babies To Be Exposed To Germs? It’s Complicated
Parents Are Missing Work At Record-Breaking Rates To Take Care Of Sick Kids