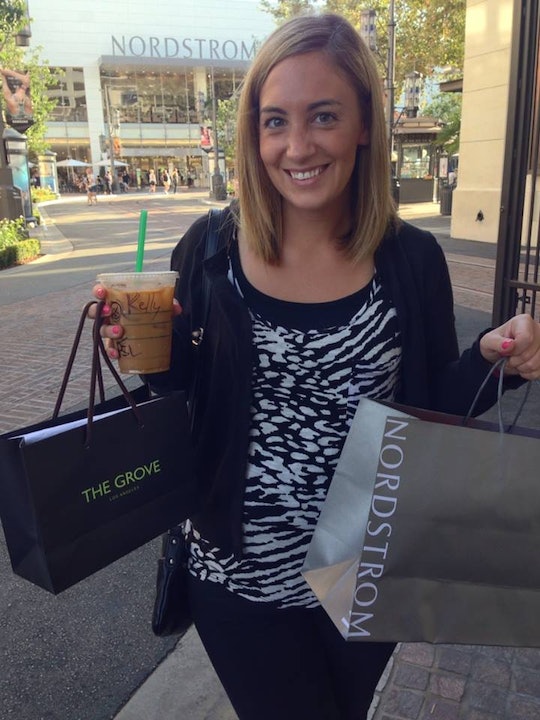 Last summer, I was in the process of divorcing my now-ex-husband, Mike. One night, we were sitting on the patio sipping white wine, chatting about everything we had never openly discussed. Our marriage was only one month from being over, so we no longer felt like there was anything to hide or to be ashamed about. So we ended up talking about our sex life.

Mike and I almost never used birth control, but not because we were trying to have kids — in fact, when I was in my early 20s, I had decided I was pretty sure I didn't want to have kids at all. When I was 23, I was diagnosed with bipolar disorder, which I was convinced would make me a terrible mother. I even went so far as to schedule a tubal ligation, which is a permanent method of birth control, with my primary care provider. Then I bailed on the surgery. I was sure, but I wasn't quite that sure.

As Mike and I sipped wine, we talked about birth control and the fact that we'd never gotten pregnant. While we always chalked it up to luck, this time Mike asked me something that I'd never considered before: "Can you even have kids?" After a long journey that involved several self-ordered tests, three different fertility clinic visits, and a doctor telling me I was too young to have fertility issues, I was diagnosed with Premature Ovarian Failure, which essentially means that my ovaries do not regularly produce viable eggs. In my case, my eggs are mostly gone, and the rest are not viable enough to even freeze. This means I will never have a baby of my own.

No one knows what exactly causes premature ovarian failure. In most cases, it's a heritable condition, but my doctors still don't know why I'm infertile. My doctor said I may have been infertile for a decade, but we'll never know for sure. Shortly after I received my diagnosis, I questioned whether I had waited too long to make up my mind or to be screened for infertility in the first place. After all, I may have still had eggs left just a few years before my diagnosis, and while I might not have wanted kids yet, I could have frozen those eggs.

I was faced with the reality that I was now 31, single, and not able to have children. What would this mean when I started dating?

For nearly a decade, I always thought I had the choice to either commit to my career, or have a baby when I felt “ready” enough to do so. That loss of choice hit me almost as hard as losing an actual pregnancy. And now that I was getting divorced, I was faced with the reality that I was now 31, single, and not able to have children. What would this mean when I started dating?

For all the reasons why I thought I didn't want a child, I now ached for at least the option to bring one into the world. Suddenly, I wished I had the ability to raise children and guide them through this treacherous world. Yet when I really sit down and think about it, this treacherous world is the one reason why I feel OK that I can't have kids.

I was raised in a culture where the kids in my neighborhood gathered around to play hide-and-go-seek at midnight during summer break. There was no thought in a parent's mind that there might be danger lurking. Life for kids is not like that today. They are raised to believe that almost everything in life has to be feared or fought.

If this is how the world is right now, I'm OK with not bringing a child into it.

As Trump takes office, we're in the midst of some very emotionally charged political rhetoric; many people are both sad and scared about the cultural and political climate that their children are being born into. I don't want my child to face such uncertainty in his or her future: Will she have a chance at affordable education? What about an affordable life?

So if this is how the world is right now, I'm OK with not bringing a child into it. That said, in the face of such challenges as a rough political climate and trying economic times, I couldn't imagine feeling more fulfilled than by helping a child grow into a strong, independent person. It wouldn't the safe, warm, happy childhood I had, but the main job of a parent is to ensure their kids are better off than they were, and I think if I did somehow end up having kids, whether it was via adoption or a donor egg or as a step-parent, my child could rise up and face the challenges of the world better than I ever could.