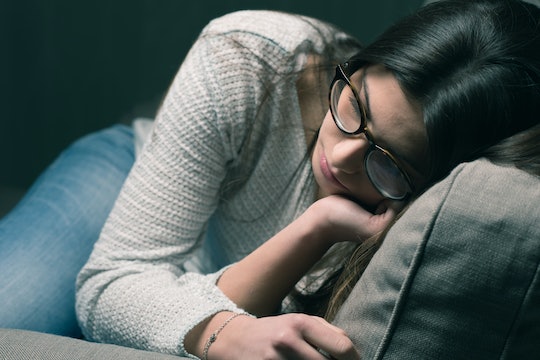 I Can't Mother Alone. There, I Said It.

It probably won’t come as any big shock to anyone reading that parenting can be kind of, well, hard. Kids are great. They're fun, smart, and exciting little people who are still pretty new to this whole “being a person” thing. But, at least for me, the very thing that makes parenting so thrilling is also the thing that makes it so damn difficult. On the one hand, I got to watch my child constantly challenge himself and learn new things as he slowly figures out how to be a human in this world. On the other hand, well, he doesn’t have it all figured out yet, and that means he needs a lot of help from his parents. Whether it’s dealing with a newborn who is completely and utterly dependent on their parents for literally everything, trying to stay calm during toddler meltdowns, or the many thrills school-aged children bring (don’t tell me, I want to be surprised), being a parent is both challenging and exhausting. And it seems to me that all parents desperately need a little help from time to time, and it isn’t exactly easy to get. Which is why I’ve decided to commit to something, from now on. Whenever my friends and family offer to help out, I'm always going to say yes.

This new motto was inspired by watching a friend say “no” to help on Facebook this winter. She’s a totally amazing mother who's currently home full time with not one, but two, toddlers. That can be a rough gig all on its own, but this winter her kids got the flu… more than once. Then, one fateful morning, I woke up and saw the most terrifying Facebook post of all. Not only did she have two sick children at home puking everywhere — and that would have been bad enough — but she had also run out of coffee.

I repeat. The poor woman was out of coffee.

Immediately, a friend offered to bring some by her place. But what do you think her response was? “Oh, thank you, but we’ll be fine.”

Initially, I was angry with her. Here she was, having the morning from hell, and she wouldn’t even say yes to a friend offering to bring her coffee! But after a moment, I realized I probably would've done the exact same thing. It’s really really hard to ask for help when we need it, but sometimes it’s hard to take the help, even when it’s being offered. On the surface, logically, that seemed absurd. But I think it’s part of some larger patterns and habits that are hard to undo.

The saying that “it takes a village to raise a child” is true, and it's true for a reason. Parents need each other, and we need our non-parent friends and family too.

I like to believe that I am self-sufficient. I know that’s not entirely true, that everyone is, to some extent, reliant on others, but the myth of self-sufficiency is very attractive to me. I actually used to fantasize about living in a cabin, which I would of course build entirely by hand, and growing all of my own food in a cute little vegetable patch. That isn’t the life I’m living now (though I am about to put a vegetable garden in the backyard of my rented home), but it’s really just the extreme end of the impossible dream. I want to feel like I can do things by myself, for myself. And I want to feel like I can do things for my family.

During my pregnancy and my son’s birth and recovery period, that illusion was more or less shattered. I had imagined myself maintaining some semblance of independence, being the pregnant woman who works up until her due date, but the reality was very different. My wife helped take care of me during pregnancy. I had to learn to swallow my pride in order for that to happen, but I didn’t like it. When my post-birth recovery was more complicated than expected, I had to open myself up to accepting help from friends and family. Far from being a tough and independent new mom, I could hardly lift my baby. And as friends came by to help out, I mentally comforted myself with the idea that one day I wouldn’t need to suffer such indignities, and I would be able to pay them all back for their kindness. That’s right — even while I was accepting their help, I was telling myself that it was only acceptable because I wouldn’t always need it.

But what if I do always need a little help from time to time? What if everybody needs it? I run a teeny tiny little blog and one of the things that comes up a lot is that the idea of a (relatively) self-sufficient nuclear family is actually pretty new. That set up — two parents and their kids living in a single family home — is less than 100 years old yet it's so ingrained in our culture, so automatic in our brains, that it's difficult to ever go outside of it. Even for someone like me, who believes in the idea of community helping each other out, it’s easy to get stuck in the capitalist notion that we can (and should) do it all for ourselves.

I’m going to go out on a limb and say that we not only need help raising the kids, we deserve it. Help from our communities shouldn’t be an exception to the rule, something to shamefully rely on when we’re really desperate. Instead, that kind of help should be the norm.

But that just isn’t how parenting works. The saying that “it takes a village to raise a child” is true, and it's true for a reason. Parents need each other, and we need our non-parent friends and family too. We could all use an extra hand around the house from time to time, or a friend to bring us coffee, or a grandparent to take the baby off our hands for a few hours. And I’m going to go out on a limb and say that we not only need help raising the kids, we deserve it. Help from our communities shouldn’t be an exception to the rule, something to shamefully rely on when we’re really desperate. Instead, that kind of help should be the norm, all of us helping each other when we can, because we’re human beings who care about each other, damn it.

So I’ve decided to go to battle with the shame I have over receiving help. I work hard and I try to help out others whenever I can, and I deserve a break every now and again. So from this day forward, I’m going to quit only taking help from my friends when I desperately need it, and then feeling guilty about it. Starting today, when people offering to help out, I say “yes” every single time. Obviously there will be rare instances when the help offered won’t be helpful, and that will be another thing. But when the nice neighbor with all the kids comes by and asks if he can take my toddler out to play so I can finally do the dishes? The answer is yes! When my in-laws offer to keep my son at their house for dinner so my wife and I can have a date night? That’s gonna be a hard yes. And you’d better believe that if anyone ever offers to come over with coffee I’m not about to say no.

If I stop being too proud to take a little help when I can get it, I’ll be less frustrated and exhausted, and hopefully that can enable me to offer my fellow parents a hand from time to time.

This isn’t totally selfish, either. To some degree, it’s about allowing myself to get the assistance I crave. But it’s so much more than that. I hope that by modeling what it can actually look like to replace all those “thanks, but no thanks” responses with “yes,” I can inspire others around me to be less afraid to let others help out. And if I stop being too proud to take a little help when I can get it, I’ll be less frustrated and exhausted, and hopefully that can enable me to offer my fellow parents a hand from time to time.

I've realized that I don't need to live in my own separate bubble, all privately exhausted and drained, too tired to reach out to each other or to do the things I need to do to take care of myself. I don’t need to wait until things are so dire before I'll ever accept a helping hand. It’s better for our communities, our kids, and ourselves, if we share and help each other out. And that begins with learning how to accept help. Being a martyr mom isn't worth it. Raising kids into adult humans is a lot of work, but maybe it’ll be easy if we stop pushing each other away.