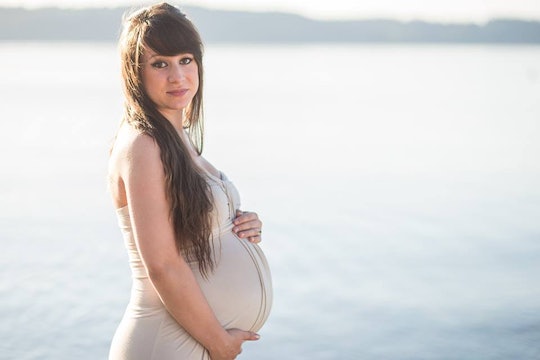 "You'll birth them both, but only one of your babies will be alive." It's been over two years since I heard those words. I've learned how to dull them down to nothing more than a soft roar, surfacing every so often when I look at my 2-year-old son or hear about another woman's loss. However, when I read that Iowa Representative Shannon Lundgren managed a bill that seeks to force women to carry their dead fetuses to term, those words bombarded every corner of my brain with reckless abandon. I know what it's like to carry a dead fetus inside my body for months on end. I know what it's like to feel one baby kick, only to be reminded there should be two babies kicking. I know what it's like to birth a child who is alive, and a fetus that would never get a chance to be. I know what our lawmakers apparently don't, and if they believe they should have the power to force women to endure the burden I was forced to bear, it's time someone at least forced them to understand what the reality of doing so is like.

On March 29, Iowa House Republicans advanced a bill that would ban abortions after 20 weeks of pregnancy. The bill, which defines abortion as "the termination of a human pregnancy with the intent other than to produce a live birth or to remove a dead fetus," was a legislative replacement for the previously failed Iowa legislation that would have banned abortions after just six weeks of gestation. Championed by Republican Rep. Lundgren, the bill highlights a startling depth of misunderstanding about what the legislature would force pregnant women to endure. When questioned by Democratic Representative John Forbes during a committee deliberation, Lundgren didn't seem to understand the ramifications of the bill. According to ThinkProgress.com, Forbes, whose daughter is currently pregnant, posed this hypothetical situation to Lundgren:

Worst-case scenario, she talks to her doctor next Wednesday and her doctor tells her, 'We don’t see a heartbeat anymore in this child.' Under this legislation, she would have to carry that baby until her life became endangered?

I was 19 weeks pregnant with twins when I found out that one of my twins' hearts was no longer functioning. I was hoping my doctor "misspoke" too, but it wasn't a mistake. It wasn't a "slip of the tongue" or a simple "miscommunication." It was very, very real, and set in motion a pregnancy that was difficult in every sense of the word. I would continue to carry the deceased twin — so long as that twin didn't trigger a miscarriage that would kill the twin who was still alive — until it was time to birth them both.

I hid the extra set of onesies and baby blankets and pretended that two boxes of newborn diapers was just smart planning and conscious foresight. I stopped referring to my future son by the name my partner and I chose, and started calling him the "diminished twin." I spoke of him only at the doctor's office, only when asked, and only using the correct medical terminology I'd looked up on the internet.

It changed my birth plan — one that initially included the absence of pain medication and the birth of two healthy twins — and meant that while one of my future sons was going to grow, the other was going to shrink. Though his heart continued to stay still, his body would decrease in size, and mine would begin to absorb the placenta that had once kept him alive.

It's difficult to articulate what happens to you when you hear that the life your body was once growing has suddenly died. Initially, I could only look at the situation scientifically. I had to distance myself emotionally from the future I knew we'd no longer have. I hid the extra set of onesies and baby blankets and pretended that two boxes of newborn diapers was just smart planning and conscious foresight. I stopped referring to my future son by the name my partner and I chose, and started calling him the "diminished twin." I spoke of him only at the doctor's office, only when asked, and only using the correct medical terminology I'd looked up on the internet.

I focused on the fetus I was still capable of growing, pushing back on the thoughts that made me feel like I'd failed. After all, my body was incapable of sustaining twins. What made me think it could possibly grow a baby to term? What made me think I was "good enough" for that? To survive, I needed to put all of my energy into the remaining life I could only hope I was capable of bringing into the world. The thought of a dark, cold, diminished fetus in a corner of my body I now loathed was simply too painful to consider.

That's what lawmakers like Lundgren do not understand. Even if you're able to separate yourself from the turmoil of knowing the fetus inside you is dead and look at the reality from a scientific point of view, your emotions don't bow to those same forces. They push past the medical jargon. They implore you to open the drawer in the back of the closet and pull out the extra set of onesies. They pull you back into your pain with little to no regard for your wellbeing. They don't stop if you're feeling self-doubt tap you on the shoulder. They don't halt when self-hatred spins you in circles and stares you in the face. They don't cease when you stumble, then fall into a pit of prenatal and postpartum depression because you're forced to carry around a constant reminder of your body's failures. Your body becomes a vessel — a living, breathing reminder that the one thing you were scientifically, biologically created to do, you couldn't.

The only reprieve I was able to hold onto throughout the remaining months of my pregnancy was the knowledge that carrying around death also meant I was carrying around life. I had to endure the reminder that one fetus was no longer alive in order to ensure the other continued to grow and thrive. It was a sacrifice — one I in no way chose — but one I was willing to survive if it meant my remaining son would too. An estimated 24,000 women who will birth stillborn babies as a result of a fetal loss after 20 weeks, according to the Center for Disease Control and Prevention (CDC), do not have that reprieve.

Each and every day of my pregnancy, I carried the weight of life and death within me. And in order to make clear the danger of doing so to lawmakers who will never understand (be it by anatomy or by privilege), I crawl back into the crevice of that closet where I hang my pain and revisit it again. I bare my grief to the world — a reminder of what we risk when we take away a woman's right to make choices about her own body.

And still, my son's presence on the day he was born could not keep me from feeling the crushing absence of the son who never was. Even now, I can only think of that fetus in the abstract. When I was asked to start pushing again after my living son was born, I focused on the ceiling and told myself this was nothing more than the "afterbirth." Routine. Procedural. When asked if I wanted to see him, I refused. I couldn't imagine what he'd look like; not fully-formed because my body stopped forming him, too small and potentially broken. I didn't dare taint the picture of him I'd already committed to memory — the one I'd formed in my mind the very day I found out I was pregnant with twins. Instead, I've preserved him the way I want to remember him, as perfect as his first black-and-white sonogram. The one all the doctors said was "healthy," "on track." That's the twin I remember.

Rarely if ever do I allow myself to mentally and emotionally travel back to the day I learned I'd carry a dead fetus inside my body. However, in a country that continually attempts to strip women of their reproductive rights and bodily autonomy, it seems as though the only way to make lawmakers understand is to revisit the past without apology. Forcing a woman to carry around a fetus that poses a threat to her mental health, her well-being, and her ability to carry on is cruel; the kind of torture I could have before never imagined. But now — now I know what it's like. Each and every day of my pregnancy, I carried the weight of life and death within me. And in order to make clear the danger of doing so to lawmakers who will never understand (be it by anatomy or by privilege), I crawl back into the crevice of that closet where I hang my pain and revisit it again. I bare my grief to the world — a reminder of what we risk when we take away a woman's right to make choices about her own body.

So to the lawmakers in Iowa and those all over the world who buy into this dangerous logic, I implore you to start listening to the women who are acutely aware of what this pain does to a person. Listen when we say it's not something that "goes away," or that we ever learn to "get over." Listen when we say that women shouldn't be forced to endure the birth of a dead fetus for absolutely no reason. Women have the right, the ability, and the knowledge to make their own informed decisions — so listen to us. Before it's too late.