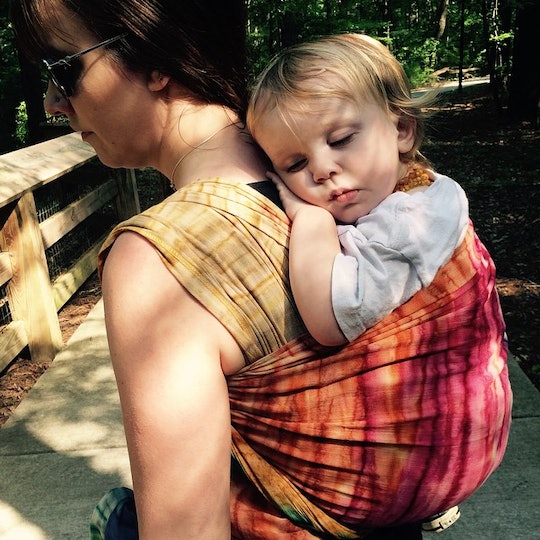 I know it sounds pretentious. We weren’t trying to imitate the Royal Family, and we’re not long-lost heirs to some sunny earldom. My kids are just about the only ones we know with two middle names, and it makes them — well, I’d say special, but most people would say odd. We didn’t set out to give the kids two middle names; it’s not something we planned before conception, and it will make monogramming difficult in the years to come. But all three of our sons ended up with two middle names, and I don’t regret it at all.

We picked first names out early — at about 12 weeks. I like to do that because it makes the baby feel more real for me at a time when you typically can’t feel them kick or move. We picked a name for each one around that point, the same for a girl or boy in two cases. Blaise was going to be a Blaise, regardless of whether he was a boy or not. So was August. Simon, on the other hand, took longer to decide on a name. We had narrowed the boy name to Simon or Leo, and were fighting about it when our oldest, then 3, said, “His name is Simon.” (He also correctly predicted Simon would be born on Halloween, but that's a story for another time.) We didn’t like Simone, so Simon’s girl name was Aurora, the only name on our list who wasn’t also a saint.

Once we knew the babies’ gender — and we knew as soon as possible, because I was freaking out about it every single time I was pregnant — and we’d settled on a first name, we started talking middle names. With our oldest, we had no idea what to do. We were giving him a saint’s name as a first name, and so we wanted to give him a family name as a middle name. But from which family? Both of us adored our maternal grandfathers. I wanted a Joseph, after mine, and my husband wanted an Everett, after his. I loved the name Everett; in fact, it was in hot contention for Blaise’s first name. (His nickname would've been Ever. Swoon.)

Blaise was the first grandchild on each side, and these things were very, very important at that time. So to keep everyone happy, we decided to name him after both.

Naming him after my grandfather would make my family really happy. However, it would slight my husband's family. And naming our son after his father's grandfather would delight his family, but slight mine in the process. Blaise was the first grandchild on each side, and these things were very, very important at that time. So to keep everyone happy, we decided to name him after both. So he became Blaise Everett Joseph. And at age 6, he thought he had one long middle name until I explained it was two, and that they came from his grandfathers. “Ohhhhhh,” he said. Now I have to teach him how to spell them.

They’ll carry the names of both sides of their families, which means a lot to us.

Then, we ran out of grandfathers.

Baby number three also turned out to be a boy, not a girl (in which case he’d have been named for our maternal grandmothers). And we didn’t have any more grandfathers left. We hadn’t know our great-grandfathers, and didn’t want to name the baby after someone we didn’t know. So after some talking, we decided to name him after our fathers: Simon Peter Michael. That gave us the uber-Catholic Simon Peter, while still naming him after our families.

So in the years to come, it’ll be difficult to for my kids to monogram things. But they’ll carry the names of both sides of their families, which means a lot to us. I know we sound pretentious. And because of the Jr./Sr. thing, two of our kids have the same middle name. But we don’t mind. Both names sound good. And in the end, they’re our kids. We can name them however we damn well please, regardless of how silly someone else may think it is.