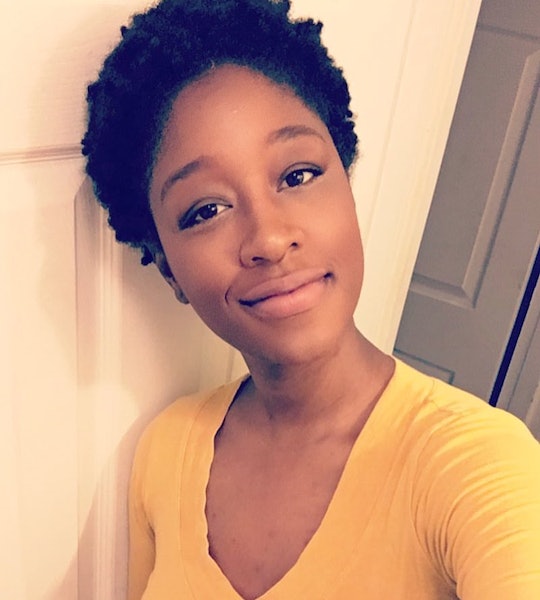 Having good sex as a single mom is an endless juggling act. You have to silence the nagging feeling of guilt that you're engaging in something that's just for you. You have to squash the negative thoughts swirling around about your postpartum belly. And, somehow, you have to carve out enough alone time to find a partner in the first place.

So, when I met Brad (not his real name), I was unsure of myself. I was a newly single parent and I was lonely, tired, and just looking for someone to make me feel sexy again. I met Brad on a dating app, and after a few days of messaging back and forth, he invited me out for drinks in the city. I jumped at the chance to go out on a date and feel like a woman again, instead of a lonely single mom.

That night we drank, laughed, and truly enjoyed each other’s company. We talked about how we were both single parents to little boys (although his was much older than my son). Dating as a single mom didn’t feel like such a battle. Instead, it felt natural and freeing. I appreciated being able to connect with a man who could understand the difficulties of being a single parent and the commitment and time constraints it came with. Little did I know that I was about to have the most awkward sexual encounter of my single life.

After a few dates, Brad invited me over to his place to watch a movie and have a few drinks. Now, I am no amateur. I completely and totally understood what I was getting myself into when I accepted the invitation, and I was totally cool with the potential outcome. That said, I was still nervous, as this would be the first time I'd had sex with someone other than my ex since I had a baby 2 years before.

My legs were shaved, my makeup was flawless, and I spent the train ride doing intense Kegels. I was ready.

The morning of our date, my son’s dad picked up our baby and I went to work. I was still breastfeeding, but I was in the process of very slowly weaning my 2-year-old, and my breasts tended to become full by midday since my son was away. Since I knew I’d be out drinking and away from home, I spent my lunch hour hand-expressing enough milk to relieve the uncomfortable feeling of my overly full breasts.

After work, I headed straight to Brad’s place, ready to get it on. My legs were shaved, my makeup was flawless, and I spent the train ride doing intense Kegels. I was ready.

Once I got to Brad’s place, he poured me a drink and he turned on The Walking Dead. Before the opening credits finished and the first zombie popped on the screen, we were making out.

At this point, I hadn’t had sex with anyone but my son’s dad for more than five years. While I didn't know what Brad would think about my naked, stretch-marked body, I was excited. The heat between our bodies was incredible. Brad gently kissed every part of me and made me feel like a woman again, not just a mom. My self-consciousness about my flab and rolls dissolved. I hadn’t lost my mojo, after all, I thought.

This is it, I thought. I'm going to rock his world.

Brad grabbed me by the hand and led me to the bedroom. The entire thing was like a scene from a trashy romance novel, and I loved it. After he lightly tossed me onto the bed, I maneuvered myself on top of him. This is it, I thought. I'm going to rock his world.

At first, the sex was amazing, and Brad seemed totally into it as well. Wow, this really is like riding a bike, I thought to myself. You never quite forget how to do it. Eventually, he lifted his hands up to fondle my breasts. About 30 seconds into him caressing my nipples, my breasts decided that it was the perfect time to let a day and a half's worth of milk release. And it released everywhere.

I’ve been embarrassed in my life more times than I can say. That said, nothing has left me more mortified than watching a grown man drown in my own breast milk.

Since that time, I've gone on to have casual and more serious sexual partners. After Brad, however, I slowed down on the dating until I was finished breastfeeding and the threat of drowning my partner in my milk was off the table.

Postpartum sex as a single parent is scary and unpredictable. That moment with Brad, my mom identity abruptly intersected with who I was as a sexual being. While it was totally embarrassing in the moment, I look back on it now and am thankful that it happened. It helped me realize that while yes, I am a sexual being, I am still a mom who brought a person into this world and I have the body to prove it. And that is OK.