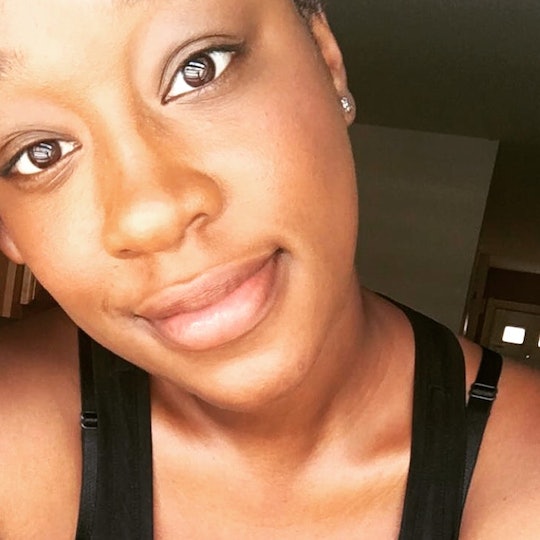 I Got Pregnant When I Was Way Too Young

I got pregnant for the first time when I was 19 years old, at a time when the last thing I wanted was a baby. Frankly, I was still very much a baby myself, and the thought of caring for another life felt like a death sentence to me. I still remember pulling out the pregnancy test I'd stored away at my parents' house, my heart racing as I wondered if I was pregnant with a new life at a time when I wasn’t even capable of paying my own phone bill . The positive sign that quickly appeared seconds later was absolutely paralyzing.

Immediately afterward, I rushed to my boyfriend’s dorm room to break the news to him. For a while, we sat in silence, until he turned to me and told me that we couldn’t do this, listing every possible reason for us to find the nearest clinic to terminate the pregnancy. In the midst of his own self-rationalizations, it became clear that terminating the pregnancy was also the best choice for me. I was 19, with little to no support and a minimum wage job, struggling through the early years of college. My baby didn't deserve a life like that.

So after a few days of tossing and turning, I came to the same conclusion: I got an abortion. I walked into a doctor’s office a week later as a mom-to-be and I walked out a changed woman. 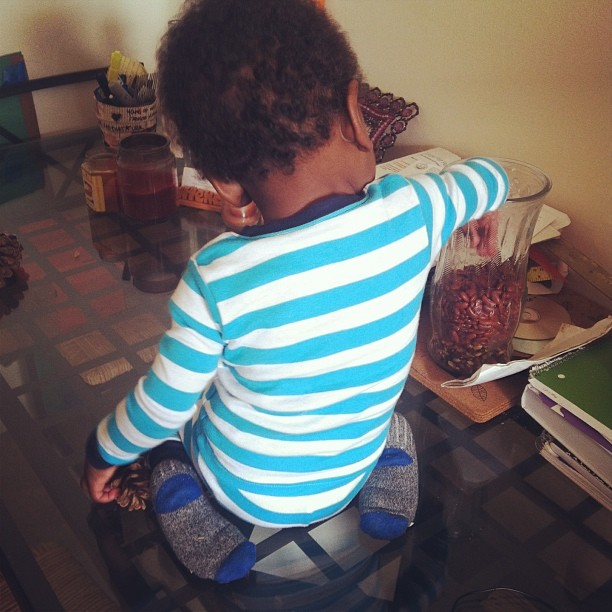 On the day of my abortion, I promised myself that I'd never put myself through such emotional turmoil again. That said, I didn't regret my choice for a moment. While abortion was not at all something I thought would ever be a part of my story, I felt like it was a necessary decision. Today, I am eternally grateful that I was given the option of making a choice for my well-being, my body, and my life, even if I did have to deal with the emotional consequences afterwards.

Two years later, however, I found myself unwrapping another pregnancy test, watching the plus sign appear yet again. This time was different: My boyfriend and I were living together in our first apartment, and I was approaching my last year of college. I’d grown up a bit and even though I hadn’t planned on becoming pregnant, I felt emotionally ready to open up my life and adapting to a baby. My life was not perfect, but it was much more equipped for a baby to enter it.

During my pregnancy, I never forgot about what I’d done just two years earlier. I'd taken a budding life and ended it. I couldn't quite forgive myself for having done that, because while the choice had been mine, and while I was glad I'd made it, it was still a choice I'd never wanted to make.

Nobody warned me about the emotional warfare I’d have to deal with once I became a parent later in life.

When I'd decided to terminate my pregnancy, my friends had been supportive. Some of them had had abortions themselves, and they went over the physical pains I’d experience during the procedure, assuring me there was nothing to worry about. But nobody warned me about the emotional warfare I’d have to deal with once I went through with the procedure and became a parent later in life.

I held my breath, waiting for the punishment to come for having terminated my first pregnancy.

While I was pregnant with my son, I felt like I was constantly on the edge. From conception to birth, I held my breath, waiting for the punishment to come for having terminated my first pregnancy. (Apparently, it's not uncommon for moms-to-be who have had abortions to feel this way.) Every single day, I worried fate or the universe or a higher power was going to incite divine intervention and take the growing life inside of me away. When my son didn’t kick enough, I thought, This is it. God is going to take this blessing away. When I purchased his first little outfit, I thought, As soon as I buy this, it becomes real. I'll be attached and invested, and then he'll be taken away.

I felt completely undeserving of a pregnancy or a baby. How could I go on to become a mother after I'd taken that chance away from myself only two years prior? My pregnancy, which should've been a time of celebration and love, became a personal torture cell of self-doubt and fear.

Once my son was born and we’d gotten him home, I hovered over his bassinet obsessively. I spent every night worrying myself dizzy about Sudden Infant Death Syndrome (SIDS), suffocation, and anything else. Everyday, I thought, This is it. The other shoe is going to drop. I still felt like I'd done something dirty or wrong. Maybe it was the shameful stigma that surrounds abortion in our society, or the fact that I had grown up religious. Whatever it was, I lived in a constant irrational fear for the first few months after my son was born that my punishment was around the corner. But thankfully, it wasn't. My son is perfectly happy and healthy.

Being a mother now and knowing the dedication and strength it takes, I'm grateful I had the power to choose what to do with my own body.

It’s been nearly a decade since I had an abortion and about four years since I gave birth to my son. The maternal anxiety hasn't exactly ended, though it has become far more manageable over time. Having an abortion before becoming a mom also has made me appreciate motherhood in ways I'm not sure I would've otherwise. Looking at my son now, I know I'm a better the mother to him than I was at 19.

Having an abortion taught me to to be grateful for the tantrums, the tears, the constant questions, the seemingly endless amount of times my son can say "mommy" in a row. It's made me thankful to have had the choice to become a mother when I was ready. Whatever you might think of abortion, I know that I needed to be in control of my body, my future, and my life. Being a mother now and knowing the dedication and strength it takes, I'm grateful I had the power to choose what to do with my own body.

Having an abortion in my teens still makes me feel guilty, and whenever my son asks me for a baby brother or sister, I think about that baby, the one who would've come first, and those old feelings of guilt and sadness begin to rustle at the bottom of my soul once again. Nonetheless, I am thankful that I was afforded the choice to become a mother on my own schedule, to be the best mother I could be.

More Like This
10 Of Drew Barrymore’s Best Quotes On Motherhood
10 Of Céline Dion's Best Quotes on Motherhood
Ashley Graham On The “Fun, Organized Chaos” Of Raising Twins
These Stepmother's Day Instagram Captions Are Straight From The Heart