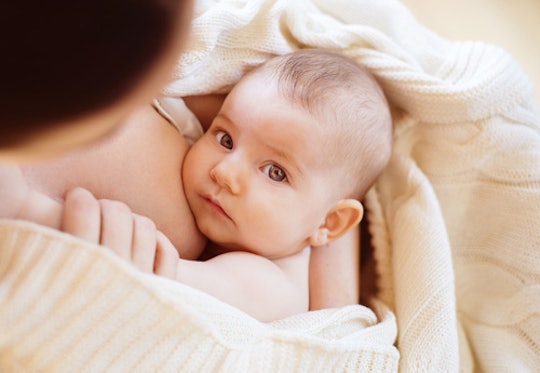 For the most part, I loved breastfeeding my girls. I loved having their warm little bodies close to mine. I loved feeling the weight of their bodies when they fell asleep while nursing, and I loved knowing that I would always have designated one-on-one time with them every day. But there were many times when I was pretty sure my kids used our nursing sessions to get their revenge on me. Let’s be honest – kids can be little bullies, and they enjoy punking us just to see what we will do. After a while, I genuinely thought that my breastfeeding babies were trying to hurt me.

I really hated nursing at first. My first daughter had trouble latching, which meant I constantly had sore, raw nipples. Although my second daughter latched right from the start, it still took some time for me to enjoy nursing her, but I eventually came to love it. My daughters loved nursing even more than I did: they were obsessed with breastfeeding and took every opportunity to nurse.

That said, I experienced several WTF moments during those first few months of breastfeeding my girls. I'd watch in horror as they'd inhale, clamp down on my nipple, and then spit it out. Once I lifted my shirt and gave them full access, my adorable little girls, who only a few seconds prior had just wanted to be hugged or kissed, became my tormentors.

When I got pregnant, I spent so much time reading up on the rules of nursing — when to pump, when to wean, how long to store frozen breast milk. I didn’t think I'd have to fend off the chomping teeth or groping hands of my children.

Of course, I realize that my girls weren't actually trying to hurt me. It's common for moms to find breastfeeding painful, particularly if there are latch issues early on, and it's also common for babies to play with their mom's other nipple while breastfeeding because it helps calm them down, and sometimes that can be painful. (Some also say it's a way for babies to encourage letdown when you switch them to your other breast.) But that didn't make me feel much better in the moment.

My oldest daughter, for instance, absolutely loved to bite me. She'd hold eye contact with me as she clamped down on my nipple, smiling as I yelped in pain. I was terrified of her after that, and I had to take deep breaths every time she latched. I was seriously scared she was either going to bite my nipple off or clamp down and never, ever let go, no matter how loud I screamed.

It got worse when my girls discovered their hands. They didn't just use their hands to do cute stuff, like clapping and waving. Instead, they squeezed the hell out of my boobs as they nursed or, worse, flicked my nipple. My youngest daughter liked to use her chubby little hand to pull on my nipple and basically treat it like her toy. It hurt so, so bad. I would push her hand away and say, "No, that hurts Mommy," or "Please stop, because you're really hurting Mommy." It didn't do any good. She'd laugh and keep going, as if it was some sort of fun game.

"Why does she love hurting me?" I asked my mom. I could tell she was trying really hard not to laugh.

Both of my girls tormented me with their baby feet during nursing sessions. They'd kick me in the nose, chin, and cheek as they nursed. "Cut it out, now," I’d warn them through clenched teeth. But they never took me seriously. They just kept right on kicking as I used my one free hand to shield my face. I never minded the smell of baby feet, but the fear of being clipped in the face with a tiny foot was terrifying.

It felt like absolutely no one had any idea what I was going through. "Why does she love hurting me?" I asked my mom. I could tell she was trying really hard not to laugh.

For a long time, I operated under the assumption that my daughters weren't actively trying to hurt me while they were nursing. But when they were around 8 or 9 months old, I started to suspect that they knew what they were doing. They would smile and giggle after biting me and hearing me yelp in pain, and they'd do it several times in a row despite my warning them to stop. Towards the end of our breastfeeding relationship, my youngest also started scratching me as she nursed. Once, I had scratches directly above my lip due to her digging her nails into my face. She would stick her hand in my mouth, and then grab my bottom or top lip once I swatted her hand away.

In retrospect, I think they were giving me hints that they were ready to transition from the boob to straws and sippy cups. When they stopped responding to my threats to not allow them to continue nursing if they didn’t stop biting and kicking and smacking me, I knew it was time to stop breastfeeding, even though I really wanted to keep going. I stopped nursing my oldest daughter at 12 months and my second daughter at 17 months, and there was absolutely no pushback from either one.

It's nice to have things in common with fellow moms, even if it's getting physically abused by your baby.

I'd always thought I was the only mom who had to deal with their babies abusing them while breastfeeding. When I finally heard from other moms who had experienced the same thing, I was so relieved. Some said their babies had clamped down on their nipple while they were nursing. One mom said her little one had even tried to gouge her eye out. It's nice to have things in common with fellow moms, even if it's getting physically abused by your baby.

I experienced several WTF moments during those first few months of breastfeeding my girls, but I still look back on that time fondly. I loved nursing them, because it meant I could have quality time with my daughter. (It also meant that I could watch a lot of Netflix during breastfeeding sessions.) Even though breastfeeding was often painful, I'm grateful for the time I spent nursing them. It was definitely bittersweet when I stopped nursing my last child, but I’m pretty sure that the timing was right. It was either that, or I’d have to brush up on my self-defense skills.