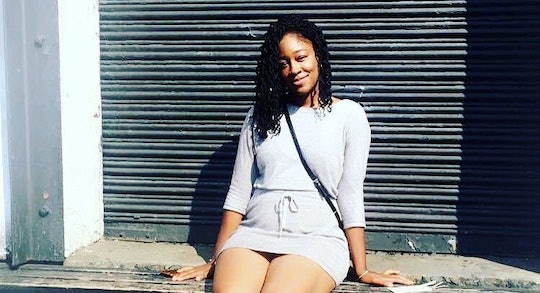 I Hated My Boobs After Breastfeeding

The moment I became pregnant, I was bombarded with an endless list of choices that needed to be made. From choosing bed-sharing versus room-sharing to epidural versus unmedicated labor, it seemed like there was always something that needed to be decided on. For the most part, I went with the flow and just did whatever felt right in that moment. I wasn’t a hardcore advocate for really anything until it came to deciding if I’d breastfeed or not. Since I was embarking on motherhood for the first time, I knew that I wanted to breastfeed, but I also knew that there was a possibility that it wouldn’t work out that way. I also totally underestimated what breastfeeding for any amount of time would mean for my body after baby. Like many other moms, I stressed an unreasonable amount about stretch marks, a postpartum pooch, and whether my thighs would ever look the same. But I didn’t really think about the changes my breast would go through. Five years later and I absolutely hate my breasts after breastfeeding my son.

[A friend] remarked that my breasts had grown and now looked like 'big, sloppy mom boobs.'

Before having a baby, I was pretty happy with the way my body looked. I was young, my skin was tight and firm, my stomach was flat and taut, and my breasts were small but perky and fit my frame. While I wouldn’t have been terribly upset with a larger cup size, I didn’t have any real insecurity about my breasts. It was nice to have the option to wear an outfit without a bra or to find my shirt size easily. Sure, I had absolutely no cleavage, but I was content. During my pregnancy, my breasts grew as they do for most women during that time. To be honest, I was loving that too. They were full and large and felt like a nice little bonus that I enjoyed throughout the nine months. I never stopped to consider how they would change after pregnancy or after breastfeeding.

After my son was born, I decided that breastfeeding was both economical since I was a 23-year-old college student, as well as a something I wanted to give my baby. My plan was to nurse my son for a year since babies survive on breast milk or formula for the most part during that first year. After that, I planned on weaning him. None of that went as planned. During the first year, breastfeeding probably was the smoothest part of being a first-time mom. I had no issues at all producing milk. However, as the months continued and my body healed from being pregnant, my breasts would fluctuate from large to small, which created a myriad of stretch marks that are truly still unbelievable.

Since he nursed less, my breasts weren’t nearly as full of milk and held onto the deflated balloon look most of the time.

When my breasts were full of milk, they would look like marble balustrades, and after a nursing session be left looking like water balloons with a slow leak. Honestly, in that first year, there was no in-between. I wrestled with constant insecurities about how my breasts would look from hour to hour. A shirt that I put on in the morning and was filling out perfectly could look like a shapeless mess by the afternoon. I was a mom but still very much a woman and wanted to feel good about my breasts and my body. I remember going to a book signing with a male friend that I hadn’t seen in a while — he remarked that my breasts had grown and now looked like “big, sloppy mom boobs.”

I blinked and I was two years into breastfeeding my not-so-little son. By that time, our nursing sessions were not as frequent and mainly happened about three times a day for comfort. Since he nursed less, my breasts weren’t nearly as full of milk and held onto the deflated balloon look most of the time.

I hated them and still feel incredibly insecure about the way they look. My breasts aren’t perky, they are not a small cup size in the way I would like, and I am constantly struggling with bras. Unfortunately, we live in a society that condemns mothers for wanting to be happy with their bodies while simultaneously judging them for not looking the Victoria's Secret Angels a month after delivery.

It leaves me feeling selfish for being dissatisfied by my breasts because they became this way after breastfeeding — something I was lucky to be able to do, and an act that helped my son to grow. I don’t plan on having them surgically modified, but I am trying to find my peace with this part of motherhood. And I plan on finding some sweet new bras.