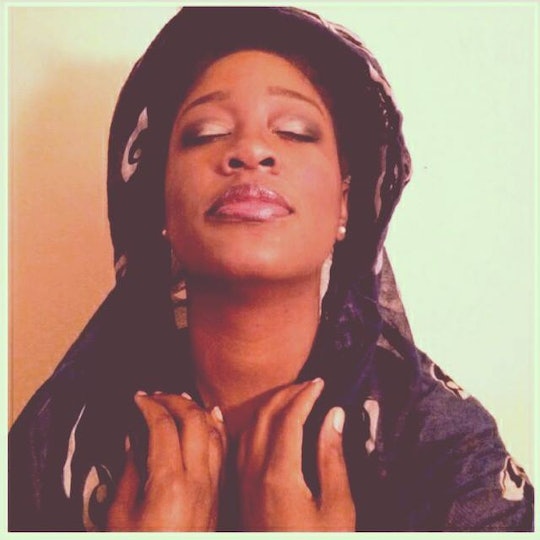 The history of my sexuality isn’t remarkable. I lost my virginity at 16, freaked out about the responsibility that came along with it, and didn’t have sex again until college. I lovingly look back on those college years of experimentation as my blooming period. Before that, I didn’t really understand what it felt like to orgasm or to truly enjoy the feeling of sex, not for some sense of longing for an emotional attachment. A guy I was dating at the time thought it a good idea to encourage me through my personal sexual awakening and purchased me a Rabbit vibrator, the kind from Sex and the City. For the first time ever, I masturbated every night (or so) and brought myself to the big O. It was absolutely glorious.

After becoming a mom and just naturally developing as a woman, I still masturbated occasionally when I had the time to myself. It was like my secret me time to indulge in the deepest form of physical pleasure, and the best part was that I didn’t have to include anyone else but me. Being able to orgasm without the need of a partner makes it feel that much better. I feel the instant rush of energy and natural high of happiness. The issue is that I just don’t make the time to do it. With a busy 3 year old zooming around and the ebb and flow of my day-to-day life responsibilities, fitting in masturbation almost seemed impossible. Plus, finding the privacy seemed even more evasive. But even so, I wanted to try to find the 15 minutes to reignite my sexuality.

Instead of blowing through the experience, I took in every minute and how wonderful it felt.

Personally, masturbation is much better with visual stimulation, which has always made me feel a bit dirty, but I like what I like. I scrolled through some visuals to get me in the mood and stretched out on my couch. Less than five minutes into it and I reached an orgasm and felt like, after washing my hands of course, I had enough fuel to last me the entire day. That nap I'd promised myself was not even on my mind. Right after, I cleaned my kitchen to the sound of Beyoncé, made a delicious breakfast, and felt like my mood had improved from the morning.

I started out with my usual routine again, and surprisingly enough, I woke up with the thought of being able to come home to masturbating later on. Instead of gripping first thing in the morning about my absolute need for an afternoon nap, I felt a slight excitement to come home and get it on with myself. Usually, when I have a moment during my work day where I'm not working, I feel this heavy sense of guilt that I am wasting time where I could (and should) be writing. But these 15 minutes to myself felt more exciting than riddled with guilt.

Like the day before, I stretched out on my couch, searched for the perfect visuals and took my time. Instead of blowing through the experience, I took in every minute and how wonderful it felt.

Getting myself to orgasm began to feel like another thing on my checklist that had to get done instead of an escape from the stress in the first place.

By Wednesday, my week had taken a nosedive into a pool of stress, which I admittedly don’t handle well. A mix of work, home, and life put me into a totally different headspace, and the way I usually handle immense stress is to overthink it until I’ve pushed myself as close to pure insanity as possible — and that's a serious mood killer. After dropping my son off, I didn’t even think about masturbating. I made calls, sent emails, got down to work, and before I knew it, 11 a.m. rolled around and I still hadn’t gotten myself off yet. I tried to relax and get myself in the mood and even though I did orgasm, it was nowhere near as stress-relieving as before.

Once again, that feeling of guilt for doing something just for myself during the day started to creep up. I attribute it all to having a lot on my mind and not being able to push it to the side. Getting myself to orgasm began to feel like another thing on my checklist that had to get done instead of an escape from the stress in the first place.

Even when I did orgasm, it wasn't the soul shaking big O that I was used to.

Even when I did orgasm, it wasn't the soul shaking big O that I was used to; the kind that made me force my eyes shut and arch my back as my entire body shook. Instead, the orgasm was more like a barely noticeable tickle at best.

When the last day of the experiment rolled around, I was very much ready to see it come to an end. I woke up, dropped my son off, stopped for coffee, whined silently about wanting a nap, and headed home. I tried to lay back, unwind, and push my stress to the far corner of my brain, but it didn't work. I started out slowly to get myself in the mood, but it was not happening. The rush of excitement an anticipation that typically happens immediately was not there. It took 25 minutes for me to even get into the mood and another five minutes for me to finish. The surge of happiness and energy that I felt on day one was nowhere to be found on day five.