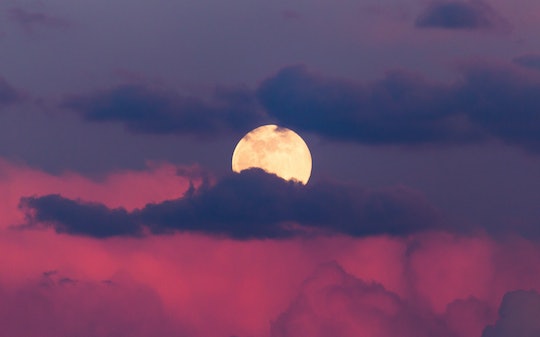 I Tracked My Reproductive Cycle To Get Pregnant, & It Was A Lot Of Work

When we decided to get pregnant with my son — and again with our current pregnancy — I became wholly preoccupied with all things fertility. One of the most taxing, yet rewarding, was tracking my reproductive symptoms throughout my cycle — things like my cervical position and discharge.

If you’ve never been “in touch” with yourself, tracking will be hella awkward. It involves getting to know your body in a way few women do — and that can be pretty weird. You might find out your vaginal lips are much longer than the small, neat labia you see in the glossy folds of the sex industry. There’s a chance you’ll find out you haven’t been getting orgasms during oral because your partner can’t identify your smaller-than-usual clitoris. You might discover you’re pretty dry down there. In my case, symptom tracking gave me the body knowledge that sex education never did. I’d never considered that vaginas came with as much, if not more, diversity than penises do.

I have never been ashamed of my body per se, but I still had to unlearn the shame that women are taught about touching themselves before I could reap the rewards of cycle-tracking.

It was hard not to feel like each time I got the mirror out and looked around wasn’t a small act of resistance.

The first step was giving myself guilt-free permission to explore the inside and outside of my body. And this is something women, and non-binary people are often robbed of. We expect males to go through a period of exploration — we allow it from a young age. It was hard not to feel like each time I got the mirror out and looked around wasn’t a small act of resistance.

It takes a few cycles to learn what to expect and when I was inconsistent it took longer. The first experience of tracking was the most difficult because I had no baseline of my body’s version of “normal.” I was vaguely familiar with the moisture that happens during arousal. I’d later learn even that fluid served the purpose of providing a safe environment for sperm. This underrated quality is essential because the vagina is naturally acidic and sperm get treated like any other foreign substance.

Checking My Cervix For Ovulation

From there I noticed that my cervix moved — a lot! Starter resources on how to check your own cervix tell you that your cervix is soft, high, and open near ovulation as a signal of fertility and hard, low, and closed during non-fertile times like immediately before and immediately after your period. But it’s not that simple. In the course of a day, there were plenty of times my cervix went from high to low to medium. If I didn’t know that was typical for me, I might have misinterpreted what that said about my fertility.

A cheat code that worked for me is seeing how sex felt. If direct sex was painful that day and we needed to use lube, it was typically a non-fertile day for me. During fertile days, however, I seemed to be much more accommodating, and, with the fertility floodgates open, we needed to have a towel nearby. The increased sensitivity was caused by a hard, low cervix and the extra space by a high, soft cervix.

Once I had the basics down, I found sites like The Beautiful Cervix Project that gave me an image to go with what I felt. Afterwhile, I discussed these topics so openly and often that my husband was able to guess where I was in my cycle by the clues I gave off.

But it wasn’t all discovery and happiness. After several months of cervical tracking with no results, I started to wonder if something was wrong with me. I’d gotten so preoccupied with having a baby that we never had sex for fun anymore. I’d get mean and frustrated anytime he wasn’t available to have sex on fertile days and question his commitment to growing our family.

Looking In The Mirror

That led to a lot of fights, stress, and doubt. By six months, I’d convinced myself that not committing to temperature checking and ovulation predictor kits (OPKs) were my problem and wondered if I was even ovulating at all. I hated rigorous schedules, but the Sperm Meets Egg Plan (SMEP) started looking pretty good.

It's something everyone should try in their lifetime to learn more about their body, even if pregnancy isn’t the goal.

If we factor in a two-month separation caused by a pending relocation, it took us eight months of actively trying (and 10 months total) before we got a positive test with our oldest. I’d like to say the process was less emotionally taxing and obsessive the second time around, but it wasn’t. Hilariously, both pregnancies happened during the “hmm you’re stressing everyone out, hows about a break” period.

Despite challenges, tracking my cycles gave me a sense of control and freedom over my reproductive system that I wouldn’t have had otherwise. I think it's something everyone should try in their lifetime to learn more about their body, even if pregnancy isn’t the goal.

Tracking can empower women to learn the intricacies of our reproductive system and provide a level of control you can’t find anywhere else. Including but not limited to the awareness to find out if your body is ovulating and producing hormones within a reasonable range.

Cycle tracking will be a staple during the rest of my reproductive years. But if I’m ever crazy enough to want a third kid, which I don’t see in my future, I’ll be taking it easy.