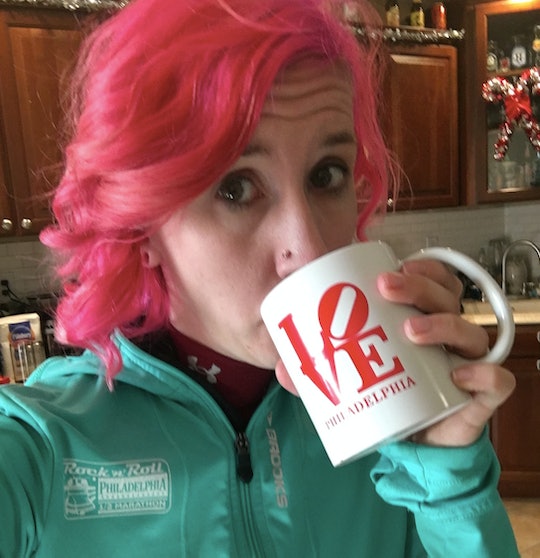 Did you know most adults cannot hold a conversation without lying? In fact, "60 percent of adults can’t have a 10-minute conversation without lying, skewing facts, or falsifying information," according to a 2002 study conducted by the University of Massachusetts. But it gets better: Of those caught “lying” in the aforementioned study, the average trickster told "three lies during their brief [600 second] chat.” Adults, apparently, lie to everyone: our parents and spouses, our bosses, our colleagues, our teachers, and our friends. We tell little white lies — about our weight or what we're doing next Friday evening. We fib in order to protect others' feelings or to make ourselves seems smarter, or look better. And sometimes we lie about things that matter: our income, our occupation, our education ... our lovers. We lie for any reason, and every reason.

We lie without thinking. And so I decided to confront the dishonesty in my own life by vowing not to tell a lie for an entire week. I was the IRL version of Liar, Liar, only this time around, my kid hadn't made the wish on her birthday cake (that I know of) and set things into motion. Nope, instead, I decided to confront the fact that we lie head on and in the most dramatic way possible: By being 100 percent honest about everything.

According to Merriam-Webster, honesty is “the quality of being fair and truthful: the quality of being honest,” and even though I happen to consider myself an honest person, I also lie more than I would like. I feign intestinal issues when I need a five-minute break from work, and I often start conversations with “I'd love to, but ...” I even pull out my all-time favorite “I just remembered ...” excuse in an an effort to soften the blow when I'm backing out of plans.

So while the premise of the experiment was simple — no lying at all for an entire week — the experiment itself was one of the hardest I have ever tackled. Here's what happened.

Telling My Daughter The Truth, And Nothing But The Truth

My daughter is 2 and half years old. This means I lie to her about anything and everything. I tell her the park is closed when I don’t feel like going outside. I tell her we don’t have any cookies when I am trying to get her to eat a semi-balanced meal, and — like every parent — I’ve “pushed up” bedtime because I’m done parenting for the day. (TBH, I’m pretty sure if my daughter could read clocks I'd probably even consider changing them.) Oh, and did I mention she thinks the ice cream truck is actually a truck that chases monsters away? Yup. I’m going to hell.

I’m not proud of these lies, but sometimes they are easier. Scratch that: They are almost always easier than dealing with tears or an ensuing tantrum. So this experiment was tough. I had to stop and think before I spoke, I had to figure out toddler-friendly ways to explain my reasoning, and I had to breathe (and brace myself for the tantrums that followed).

Instead of telling my daughter our television was broken — a go-to lie in this house when she’s watched more than enough Sofia or Mickey — I simply told her “no more TV.” Instead of telling her we were out of mac 'n' cheese, I told her she couldn’t have any. And instead of telling her we would go outside if she cleaned her room, something I often say but luckily gets forgotten in the process, I just told her to pick up her toys. I told her to put her LEGOs away and pick up her books. I was purposeful and intentional with my directions. I didn't leave anything up to chance: If she wanted to go outside, she needed to do something in order to earn it.

Whether she believed me or not, I'm not sure, but I do know being honest with her sucked. There were tears, thrown toys, and on more than a few occasions, we both lost our tempers with each other. Because not only did she need to listen to me, she needed to learn why she should to listen to me.

There were moments I felt awful, moments I wanted to scream and cry, and plenty of times when I just wanted to throw the towel in on this whole thing. Like all parents, I love my daughter. I love her smile and her laugh. I love her carefree attitude and goofy demeanor. But I felt that by being honest I was hurting her: she was crying more and screaming more because, at first, she didn't understand. (I mean, why couldn't we watch TV all day?) But then things started to turn around. She started to calm down. She started to understand sometimes that no just means no. She started to understand you don't always get your way.

That said, a week of telling the truth wouldn't convert me forever. I'll be honest: I'm still going to substitute white lies here and there, but I'll think more before using the same tactics. It will make me limit my “lies” to the important ones: fibs I tell her to hide her from terrifying truths — about life, about the world, about concepts she cannot yet grasp. I'll lie if it's necessary to keep her safe, and I'll continue to tell her the ultimate parental lie — "it'll be OK!" — even when it isn't.

So here’s the thing: Trust is the foundation of any solid relationship. According to Brian Tracy, “the glue that holds all relationships together ... is trust, and trust is based on integrity." Without trust you have no true communication, and without trust you have no love. But just because I love my husband and respect our relationship, doesn’t mean I don’t lie. Honestly, I’d by lying if I said I wasn’t a liar. Sometimes I fake a headache in order to get a full night’s sleep. Other times I make a last-minute trip to the drugstore just to avoid the dreaded bedtime routine. (Hey, it’s not something I’m proud of, but I'm being honest.)

So I handled this experiment with my husband in two ways: I told him things I normally wouldn't, like the fact that I was getting a pedicure (instead fibbing and saying I spent an “extra” $20 at the grocery store), and I told him when I needed a break from parenting, not that I needed to "lie down." I stopped skirting around certain things in fear of what it might reveal about me. And I found these little truths to be the easiest to tell. Sure, he teased me a bit, but it was such a relief to be able to ask for what I truly needed when I needed it.

Part two of telling my husband the truth was a bit trickier. I also handled this part of the experiment with sheer avoidance. I'm not proud of it, but I avoided difficult and painful conversations with my partner this week because I didn't really know how to tell the truth in those situations and I was committed to not telling a lie. When I was angry at my husband, I walked away. I swallowed my words instead of using them to help me navigate my feelings. When I found myself feeling raw and vulnerable, I hid beneath the covers. I colored alone in my room.

It's not that I intentionally lie during deep or difficult conversations; in fact, I rarely do, but this week I realized I sometimes lie out of protection. (I say things like "no, I'm not mad at you," when I am really still fuming, and I give a "there-there, it's OK"-type response when I know he feels bad.) So the very idea of having a conversation without having a crutch terrified me. What if he did something awful — something positively, absolutely atrocious — and I couldn’t sugarcoat it? What if he then apologized and I couldn’t accept it?

Failing at this aspect of truth telling meant that I wasn’t talking to my lover, my partner, and my best friend on any type of meaningful level. But it also revealed that if I couldn't talk to him like this, then I couldn't talk to anyone. By backing down from the potentially awkward explanations I'd have to give, I was keeping way too much bottled up inside. (Our counseling session the week after this experiment ended proved just how much.)

Most of the lies I tell at work are simplistic, little ones. When my editor asks for status on an incoming piece, I promise it'll be done in less than two minutes when the reality is I'm nowhere close to finished. When she asks if I can switch shifts, I lie I say I can't because I've already made plans.

The lies are typically subtle, little exaggerations, but they slip out with ease. In fact, I barely realized they were lies. I've just always treated them as just omitting facts and softening the blow of a “no.” But regardless of my reasoning, the lies were dishonest because I wasn’t telling the truth.

And so, to my surprise, the truth wasn’t all that bad to tell — not at all. When one of my editors asked if I would like to cover the new Kimoji app, I told her I'd prefer not to. Of course I added that I would if needed (because writing is my job!), but would I like to? No, not really. And you know what? She didn’t care. She laughed. She said she understood. She assigned me something else.

And I had the same experience when I told another editor I couldn’t switch shifts later in the week. Instead of cushioning my response and fluffing it with lots of fibs, I just said no. I took ownership and authority. I took control. And it felt great. The people pleaser in me always wants to help. I want to be as open and accommodating as possible and I often confuse that with always — always — needing to say "yes." But by saying no and speaking my mind, I felt empowered, and I learned that I could still be a good employee.

All in all, this experiment was successful. I learned lying rarely garners good results, which is something we all know full well. But putting it into practice illuminated just how important the truth is. I learned I feel better when I am honest and when I'm myself, but I also know not every situation warrants an entirely honest response — and how I feel isn’t the determining factor in deciding that. This week taught me that not everyone wants the truth. Like, for instance, my daughter. In the years to come, the truth will be more and more necessary, but right now she doesn't care why she can't have mac 'n cheese or what the hell she needs to do before she can go play outside. She just wants to eat it, damn it!

Sometimes people want to be flattered or complimented instead of criticized. Sometimes people need to complain about their exes without an honest appraisal of their relationship, and not everyone is prepared to handle “the truth."