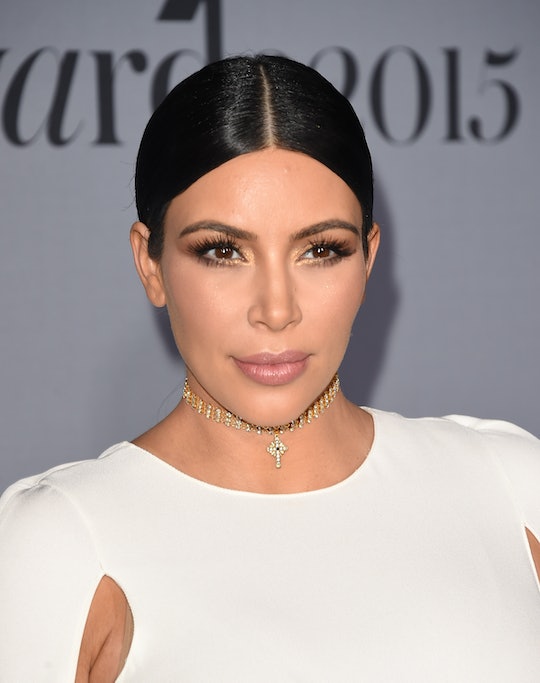 Is The Kimoji App Available On The Windows Phone?

Whether we like it or not, Kimoji, Kim Kardashian's newest venture, is taking over the Internet...or the App Store, at least. And while Apple users are enjoying a wide array of Kim-centered emojis, Android users have yet to stumble upon it in the Play Store — and there is no talk of Windows Phone users getting the Kimoji app, at least not yet.

It seems like several things are in the works, but a Windows Phone app isn’t one of them. The KimojiAPP Twitter account announced that Kimoji for Android is on the way. In the meantime, the Kimoji tech team is having to address a range of issues users are experiencing (and complaining about, vehemently). According to The Mirror, many iPhone users are finding out that Kimoji don’t transfer too well on WhatsApp and can’t be used on Facebook or Twitter.

In addition to those glitches, some users reportedly said the app causes the message keyboard to crash. Not fun. And given the $1.99 price tag on the app, not acceptable in the eyes of many user. However, Kim reassured her 34 million Twitter followers that help is on the way. “We worked so hard on this app & we know there are some issues due to the massive downloads that the whole tech team is so working on!” she tweeted on Dec. 21.

If I can be blunt, the complaints don’t appear to be hurting Kim as the Kimoji app is making BANK — $1 million a minute (yes, a minute) at its peak, according to the New York Post. That breaks down to 8375 people a second which means there are plenty of people that need a Kim crying emoji in their lives. And with Kimoji allegedly “breaking the App store,” it’s clear that this app is a hit. (However, some outlets are disputing that claim.)

It sounds like the Kimoji team is hard at work addressing users’ myriad of complaints, though. In light of the backlash and criticisms, on Wednesday Kimoji tweeted that “The Kimojis are available for IMessage, WhatsApp, Facebook, Messenger, email and more (doesn't work with Twitter and Instagram).” Which shows they are taking user feedback seriously. So, keep up your heads up Windows Phone users, Kim will surely come through sooner or later.